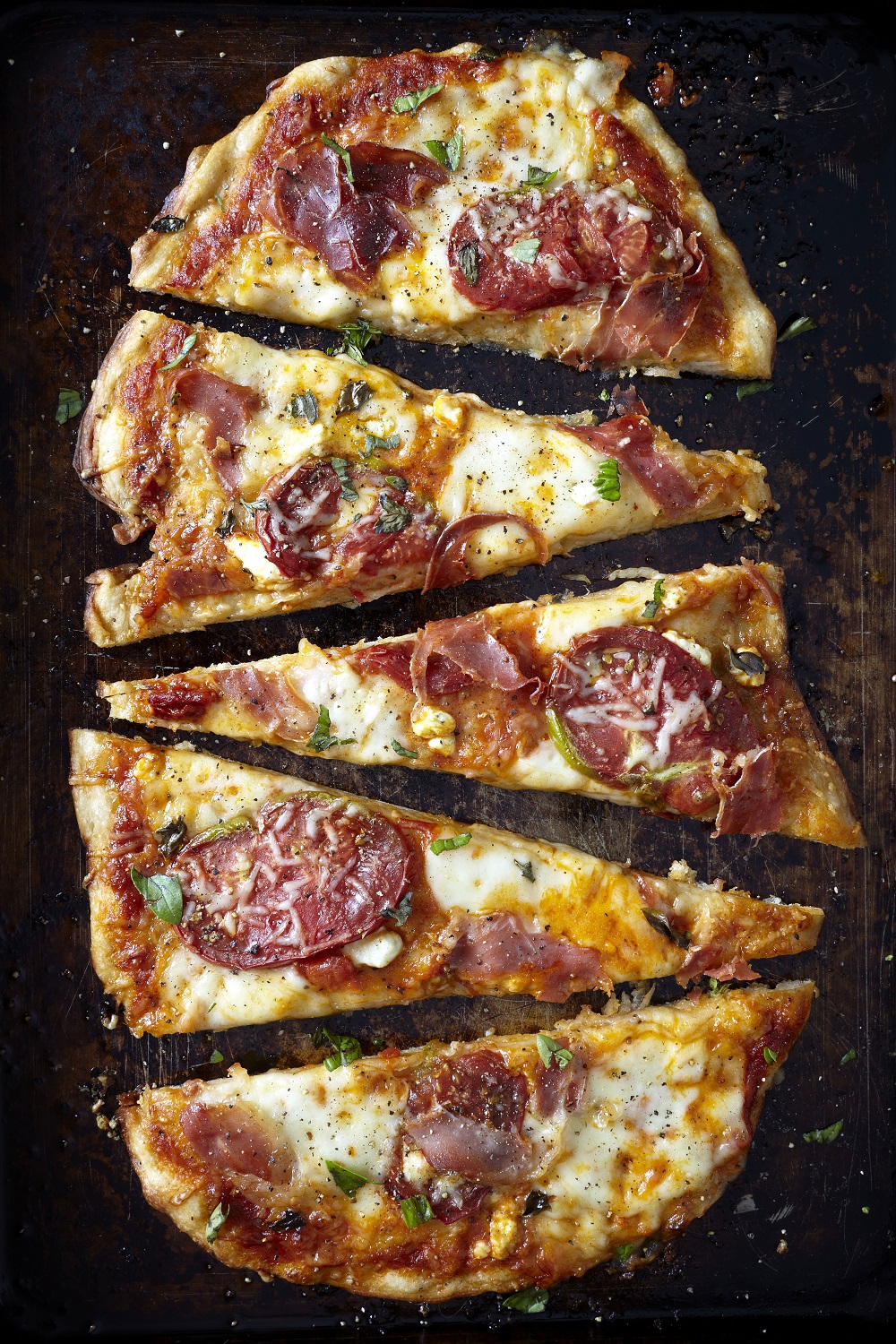 The invention of pizza was considered to be an art, and this is because it was made by hand. These delicious pies were made entirely by the dough’s kneading, which is the first step all through the last step with not a single device involved.

The demand for pizzas has made it hard for people and restaurants to make these pizzas using their hands. This has led to the growth of devices and automatic machines, making it easy to make several varieties of pizza in lesser time.

However, the introduction of automatic devices has brought some limitations to the pizzas being created. You cannot dispute the fact that pizzas made from machines are delicious, but they lack the authentic taste of a hand-made pizza.

Nevertheless, the classic method of pizza preparation by hand is not entirely eradicated. The method of preparing pizza by hand is what is referred to as artisan pizza.

Note that artisan pizza is not classified as a type of pizza; instead, it is the method used during the pizza preparation. Artisan pizzas usually have thin crusts, which are usually chewy and crisp.

What toppings are used in artisan pizzas?

The best thing about this pizza is that you can use traditional toppings or get creative and add your favorite toppings. Note that you need to use fresh ingredients, and they should also be of high quality because they influence the flavor and taste of the pizza.

There is no better way to understand and come up with perfect ingredients for any form of pizza other than through experimenting. Customize your artisan pizza with different toppings and figure out which one tastes delicious.

What is an artisan crust?

So what makes an artisan pizza crust perfect? The most vital requirement in making a perfect and high-quality artisan crust is through using quality Italian flour. Most of the flours in the supermarkets and shops are graded. The best being the grade Tipo oo, which is best for making this kind of pizza.

The preference for pizza crusts varies from one person to another. That being said, some people prefer thin crust while others love thick one but chewy. When the crust is hand-made and with the correct ingredients, it may also be referred to as an artisan crust.

So, what is an artisan crust? Aside from the standard varieties of pizza crust, this one is very different from them. The difference is that the crust of an artisan pizza is usually fermented, shaped, kneaded and lastly baked by hand, which is not often the case in many other pizza crusts.

About a century or more ago, artisan pizza was not known, mainly because it was made by hand. Nevertheless, this method of making pizza has been appreciated over the years, which has led to its popularity.

But why has it gained popularity rapidly? Many pizzas consumers are opting for quality and fresh ingredients that they readily get from artisan pizza. It is also hand-made, which many people would prefer rather than go for processed foods that have flooded the markets.

The taste of the artisan pizza is also authentic with high-quality flavor that many people love to eat. It is also made by the hands from scratch, which I bet you would love to know the procedure.

What is the taste of an artisan wood-fired pizza?

Like many other pizzas made from a wood-fired oven, the artisan pizza’s taste and flavor are delicious, mainly when this oven design is used in baking this pizza. The pizza will bake perfectly due to even heat distribution in the oven.

One of the main advantages of using a wood-fired oven when baking pizzas is that it bakes very fast, and most importantly, the pizza does not get burnt even with the high temperatures. This means that you can still get a delicious artisan pizza with a smoky flavor of high-quality and in a few minutes.

Styles and features of an artisan pizza

Well, I hope you all understand now that artisan pizza is not a specific design of pizza. Instead, it is the method employed in pizza making without the consideration of the variety of the ingredients used.

Here are some methods used to classify an artisan pizza

As we all know, the automatic devices and machines used in making pizzas and other wide variety of foods can only be designed and programmed on what to do with the pizza. When you want to use fresh ingredients, the device will not do that for you.

This means that chefs can get creative and customize the pizza to fit the design that every consumer will enjoy. It also gives the chefs the room to showcase their craftiness by making unique and specific flavors.

Besides, food is considered an art, which means it is not all about cooking and baking foods. Depending on the seasons, the chefs can easily use what is available during a particular season by swapping them to replace the original ingredients.

The skills and talents vary from one individual to another, and so is with the chefs. So, chefs’ skills are different, which makes the artisan pizza taste delicious, with each pizza having a unique taste.

Technology has been evolving over the years, and so is the cooking technology, which is getting updated repeatedly to make cooking easier. The fact that artisan pizza is purely hand-made does not mean that the chef cannot use other appliances and devices like the slicers.

Traditionally, artisan pizza was baked and cooked using wood-fired ovens. The use of electric and gas ovens in making this pizza has been done for quite some time now. The use of these new innovative appliances has made work easier when making artisan pizza.

The making of the artisan pizza is what makes it different from other designs of pizzas. The artisan pizza is made right from scratch in which the chef makes the dough to form o dough with a perfect consistency that the consumers love.

When it comes to the crust, the chef needs to knead the dough to attain the design that most people love. As I said before, the devices cannot select the best ingredients, which means the chef has to do that. The sauce is also made from scratch, and the chef makes a perfect alternative while choosing the ingredients used in making the sauce.

Automated devices are always programmed to make several varieties of foods altogether, without the ingredients’ quality, whether of low or high-quality. In short, when you decide to buy or make an artisan pizza, then you are guaranteed to have a pizza of high-quality with a unique flavor and also with fresh, clean ingredients.

What do you need to create a homemade artisan pizza?

Who said that you need to be professional to make a delicious artisan pizza? All you need are the right ingredients and perfect appliances, and you are good to go. So, before diving into the recipe and begin making an artisan pizza, here are some of the essential things you need to make a perfect artisan pizza;

First and foremost, you can make an artisan pizza using a simple pan or a stovetop, which means sometimes you do not need to have an oven. However, if you desire to make a delicious and perfect artisan pizza, you need to use an oven.

The artisan pizza’s best taste and flavor are more pronounced when a wood-fired oven is used for baking this pizza. Compared to most of the kitchen ovens, a wood-fired oven reaches extreme temperatures, which speeds up baking the pizza.

Flour for the pizza dough

Regardless of the ingredients used in making an artisan pizza, the dough is the most important. The dough must be from high-quality flour such that you can have a tasty pizza. Note that the pizza crust’s consistency has a significant role in the quality of the pies and pizza in general.

When it comes to artisan pizza flour, high-end restaurants and pizzerias do not use the standard all-purpose flour used in ordinary pizza types. The flour used in making this pizza is mainly from Italy and one of the best grade flour worldwide.

The flour used for the artisan pizza is Tipo 00, which is the best-graded flour. The dough’s color is usually pure white with a very smooth texture that resembles a baby’s powder.

As said before, artisan pizza should be made using traditional techniques to maintain its authenticity. Therefore, you need to make the dough using your hands. It is essential that you stick to the traditional methods of making this pizza as it symbolizes this pizza’s craftsmanship.

Nonetheless, the traditional methods of making this pizza can be slightly altered, that is if you do not knead the dough using your hands. It is a straightforward technique as you only need to put the flour in the processer and add water slowly.

You should be careful when using the processer to make the dough because when over-done, the dough may lose its consistency. These kitchen appliances make it easy for you when making this pizza, but using them instead of your hands defeats the essence of craftsmanship, which makes this pizza authentic.

This shovel-like tool is essential when you are baking any pizza in the oven. A pizza peel is made in a way it prevents the pizza from sticking to the oven. It also makes it easy for you to transfer the pizza quickly.

What are the limitations of artisan pizza?

Artisan pizzas have gained popularity over the years, and this is because of the quality of ingredients used and the methods employed during its production process. However, many people still opt for their traditional design pizzas.

Here are some reasons why people would go for traditional pizzas instead of high-quality artisan pizzas.

This is one of the reasons that many people would instead go for their ordinary pizza designs. Ordinary pizzas have flooded the markets and restaurants, and this is because of the little amount of money that people have to spend on these pizzas.

Others will argue that the fresh and high-quality ingredients used when making this pizza make sense regarding the high price.

The versatility of ordinary pizzas compared to artisan pizzas.

One fun fact about artisan pizzas is that only specific and unique ingredients are used when making this pizza. The craftsmen and women of the artisan pizzas always strive to make this pizza perfect and impress the food critics.

By striving to impress specific individuals, artisan pizza has lost many customers. Even with the quality ingredients used, many people would still opt to eat their ordinary pizzas.

Artisan pizza is not just any pizza because it involves specific and unique ingredients used when making it, and also it is made following traditional methods. The secret to making a perfect artisan pizza is to understand the fermentation process, preparation of the pizza, and lastly, how to manage your oven.