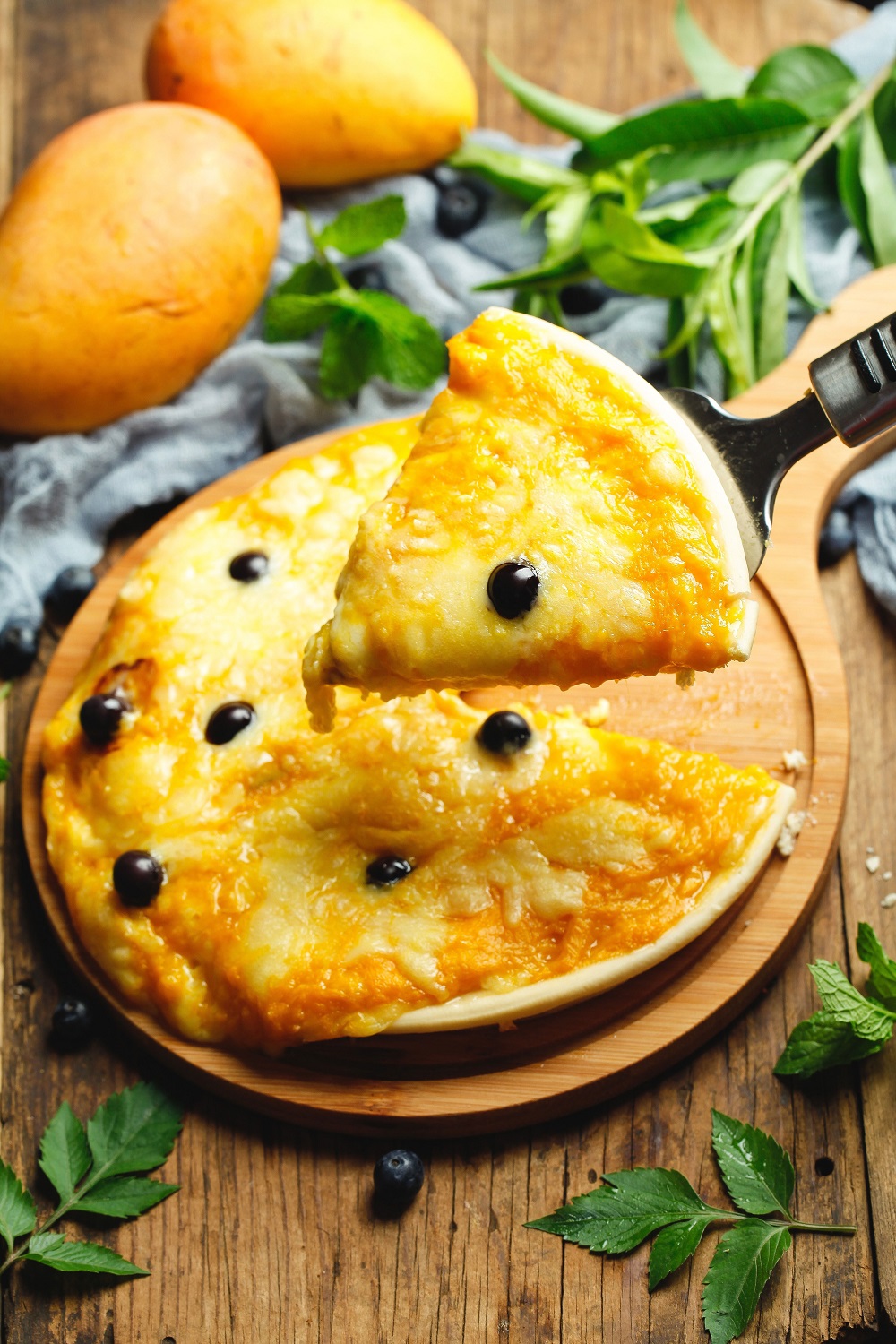 I am sure it is already no news that pizza first originated among the Italians in Italy in its simplest forms. Pizza evolved over the years due to patronages and moving from one part of the earth to another.

When we talk about pizza today, we cannot restrict our thoughts to Italians, the originators. One other place where pizza took root and underwent significant change and popularity is the Americas; North, and South.

Due to this movement of pizza around the globe, it has undergone tremendous popularity, changes, and additions.

That is why we can refer to things like American Pizza or Brazilian Pizza. This article will focus on the pizza styles in these two great countries. We will consider what familiarities there are and what uniquely sets them apart. Trust me; it is going to be an exciting ride.

The pizza was introduced to the Brazilians by the Italian immigrants. The Italians who moved here settled in the country, and as you would expect, they influenced the people’s culture, including their food.

Although the Italians introduced pizza, it has not maintained everything as the Italians do it. The Brazilians are crazy about their toppings, and they have taken it to a whole new level.

The toppings of the Brazilian pizza incorporate almost everything and captures a lot of flavors.

Do not be surprised to find more than one topping on a pizza. This is not a surprising factor in Brazil; they are used to mixing two flavors on the same pizza.

So, if you feel like eating two flavors on the same crust, you can always divide the toppings into two halves. This is how exciting things can go with pizza in Brazil.

This variety of flavors and the spirit of trying out different toppings sets the Brazilian pizza apart from the American Pizza. The Brazilians are very free and adventurous with their toppings and bringing flavor to their pizza. One such outstanding flavor is the Catupiry cheese.

This cheese is processed cheese gotten from a mixture of cow’s milk, sour cream, and cheese cultures. This cheese is quite rare and would be found only in a few places out of Brazil.

Another notable difference is the sweet dessert pizzas famous in Brazil. With the dessert pizza, you have recipes that include chocolate, strawberries, and whipped cream. If you have a sweet tooth, it would be difficult to resist this beauty, especially when you perceive the aroma.

Some other Brazilian dessert pizzas include; Banana and Cinnamon; this recipe has banana slices, condensed milk, and cinnamon powder. Romeo and Juliet and the recipe include ingredients like mozzarella cheese and guava marmalade.  Or you could try a vanilla icecream pizza, topping it with melted chocolate.

There is nothing conservative about the Brazilian pizza flavors. They go all out to bring all amount of awesomeness to their pizza, even if they have to add bananas and pineapples in one pizza topping.

When it comes to the crust, the Brazilians are not very excited about a heavy or thick dough. They keep their crust thin and straightforward, and they do not experiment with a lot of pizza crust styles. This is one area you could accuse the Brazilians about being conservative and plain.

One thing you might love about the Brazilian pizza crust is that they are usually stuffed with cheese. The edges of the crusts are filled with mozzarella, cheddar, and a Brazilian cheese called Requeijao.

There is nothing conventional about Brazilian pizza. Do not be surprised that they do not take much pleasure and interest in the Tomato sauce, unlike the Americans and the Italians. Brazilian pizza sauce is so plain and thin, and I guess their interest is so much in the variety of their toppings that they forget about the tomato sauce.

The sauce is usually thin, and it is not seasoned or added any other ingredients. Also, this thin sauce is placed between the crust and the toppings. It is essential for you also to know that they use ketchup to eat their pizza in some places in Brazil.

This is because the tomato sauce is so thin that it is almost non-existent; some pizza restaurants do not use tomato sauce. So do not be shocked when you are offered a Brazilian pizza with ketchup sauce by the side.

The All you can eat Brazilian Pizza

The all you can eat pizza is a concept that is synonymous with the Brazilian tradition. It is a situation where you go to a pizza restaurant, and you are served different varieties of pizza.

Trust me; it is something fun to try with your friends once in a while.

Like the Brazilians, pizza arrived on America’s shores from the immigrants coming from Naples in Italy. This is one meal that has become an American meal. 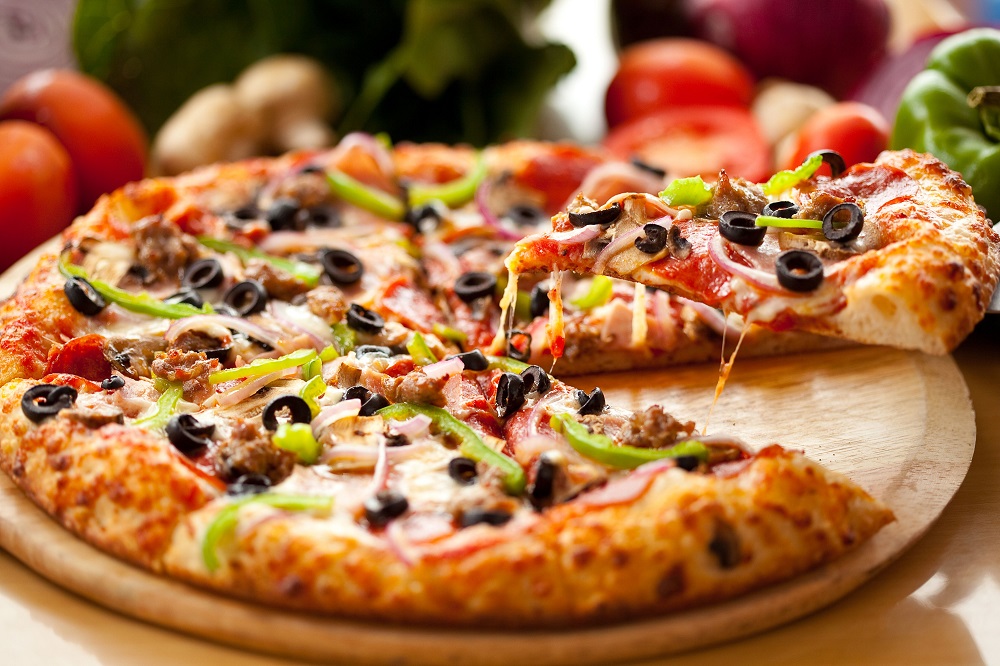 Pizza in America has undergone a lot of changes and additions and even improved. Today most people are even tempted to associate pizza with America more than Italy.

Pizza has become so popular in the US, so each region is attributed to a specific pizza style. Let us look at some of the factors that make American pizza outstanding and different from Brazilian pizza.

One pizza topping that is peculiar to the US pizza market is the Meat special. Here you have the opportunity of having different types of meat on your pizza. You can find pepperoni, sausage, ham, bacon, and hamburger all on the same pizza. This area is where the American pizza is creative and free with different toppings, just like the Brazilian pizza.

The American pizza has many exciting toppings, including pepperoni, ham, sausages, bacon, shredded beef, different types of cheese, and vegetables. You can get to design and build your toppings for your pizza. This gives you the opportunity of eating whatever you want and prefer.

When it comes to pizza crust, the Americans have perfected this art surpassing the Brazilians or the Italians. As stated earlier, the brazil pizza crust is thin, and most Americans consider this to be too dry.

The American pizza has different pizza crusts, some of them being associated with different regions in the country.

One of the famous pizza crusts is the New York pizza crust, it has a thin texture, and it is easy for you to fold it while eating. Another very popular crust is the Chicago deep-dish crust recipe.

It is made in a round steel pan, using wheat flour or semolina flour. It looks yellowish when baked

When baking this dough, you have to put it in the pan before adding other ingredients like cheese, vegetables, and meat. You do not slice this pizza until it is on the table and ready to be eaten. The reason is to prevent the crust from getting soaked by the toppings way before eating.

Another famous American pizza crust worthy of mention is the Detroit pizza crust. This pizza crust is deep-dish, and it is baked in a rectangular pan. The dough is light and porous, crispy at the bottom, and soft on the inside.

This shows you that the Americans have perfected the art of making pizza dough more than the Brazilians. Some pizza chains like Pizza Hut also stuff their pizza crusts with cheese to give it a more awesome taste and make it more attractive.

Unlike the Brazilian pizza sauce, which is thin, and most times without seasoning, the American pizza sauce is thick. A lot of time is given to cooking the tomatoes and making them a thick, fabulous sauce. 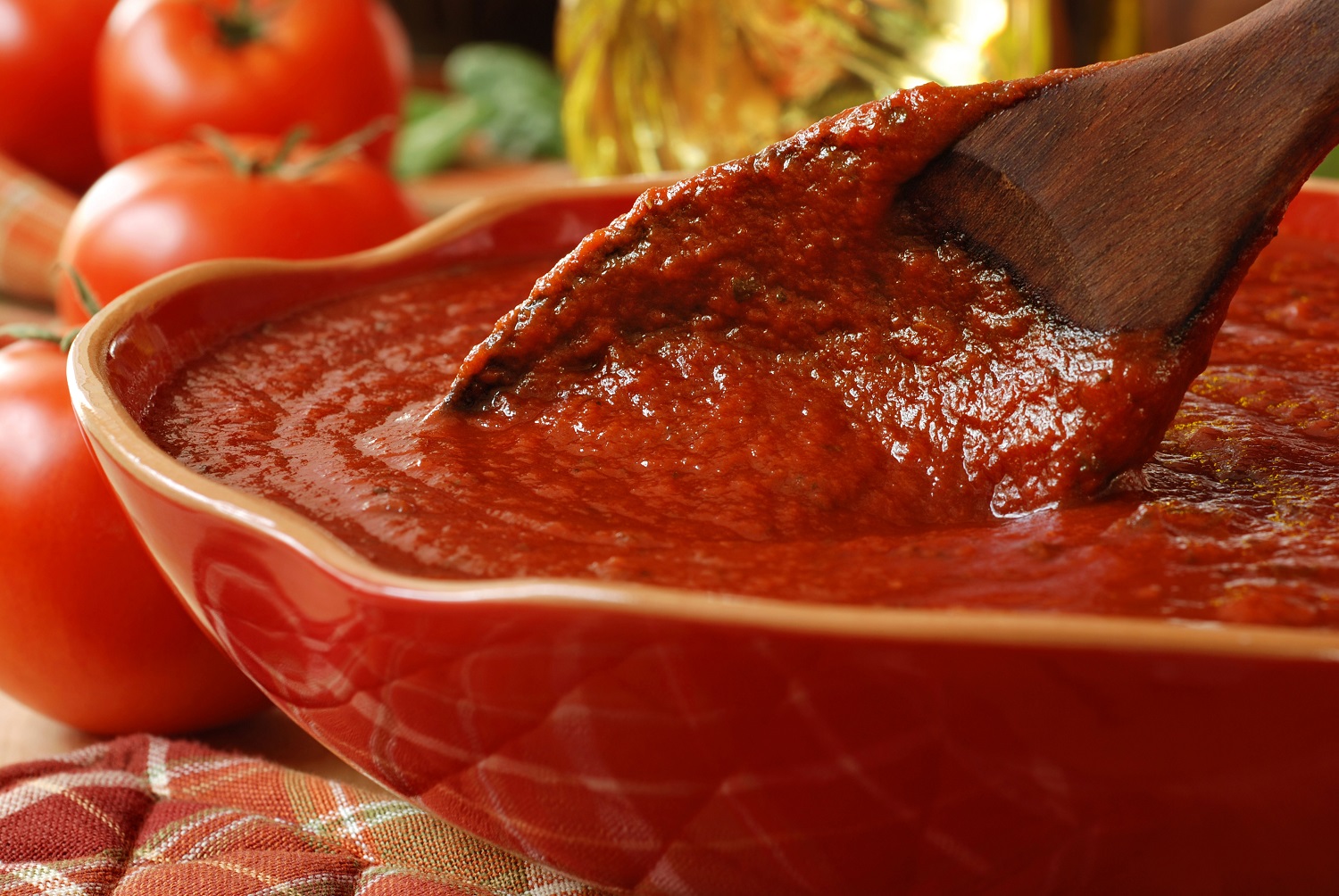 Most US restaurants develop their own unique sauce recipe that you cannot find in any other restaurant.

This tomato sauce is most of the time seasoned with ingredients like garlic, chili, and Basil. The sauce is not placed directly on the dough, unlike the Brazilians. The Americans place the tomato sauce on top of the toppings.

Like the pizza crust, some of the pizza sauce is peculiar to a particular place in the US. An example of this is the New York pizza sauce. You will need slowly cooked tomatoes, oregano, basil, red pepper flakes, onions, and garlic to make this sauce.

Both the American pizza and the Brazilian pizza are not as conservative as the Italian pizza. These two countries have added a lot of color and flavor to their versions of pizza. They have given it more life and made it more attractive and personal for a lot of people.

Either way, both styles of pizza are fantastic and delightful, depending on what attracts you most. I hope this article has helped you to realize the differences between these two pizza powerhouses.