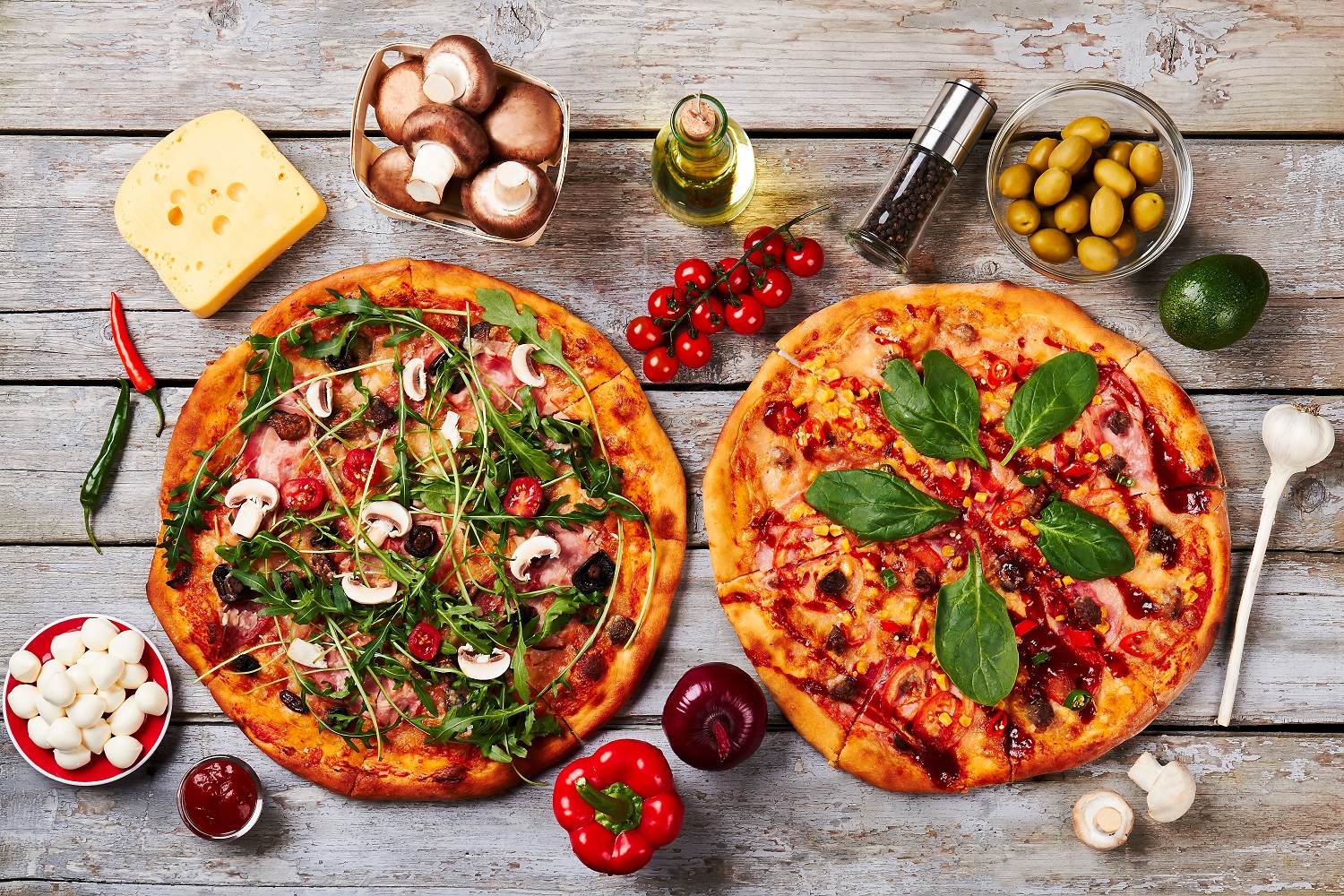 One of America’s most loved meals is pizza. And for ages, different regions have made it the way they see perfect. One of the most common regional pizzas are the Chicago pizza and New York pizza.

Though it’s famous in Chicago and New York, different people can’t help but compare them.

You will hear people wanting to say one is better than the other because of different reasons. Well, I’m not about to start the battle because no one wants to get involved anyway.

But I will put all the information to you to decide which one works best for you.

Do you know why no one wants to get involved in that debate? Pizza lovers are very passionate about what their pizza has better than the other.

This means you will not finish the debate since each one deems theirs to be the best. Those who are not from Chicago or New York can only be logical.

Of course, you will need to check these pizzas individually if you want to understand this topic. They stand out for taking all the time to make a unique style of pizza.

The Chicago pizza is known for a deep-dish pizza. Notice that you will like it for being one of the tastiest pizzas that are also filling.

So when you want to try the deep dish one for the first time, you should try the Chicago type of pizza. For ages, Chicago has made their pizza this thick, and of course, it’s also tasty. 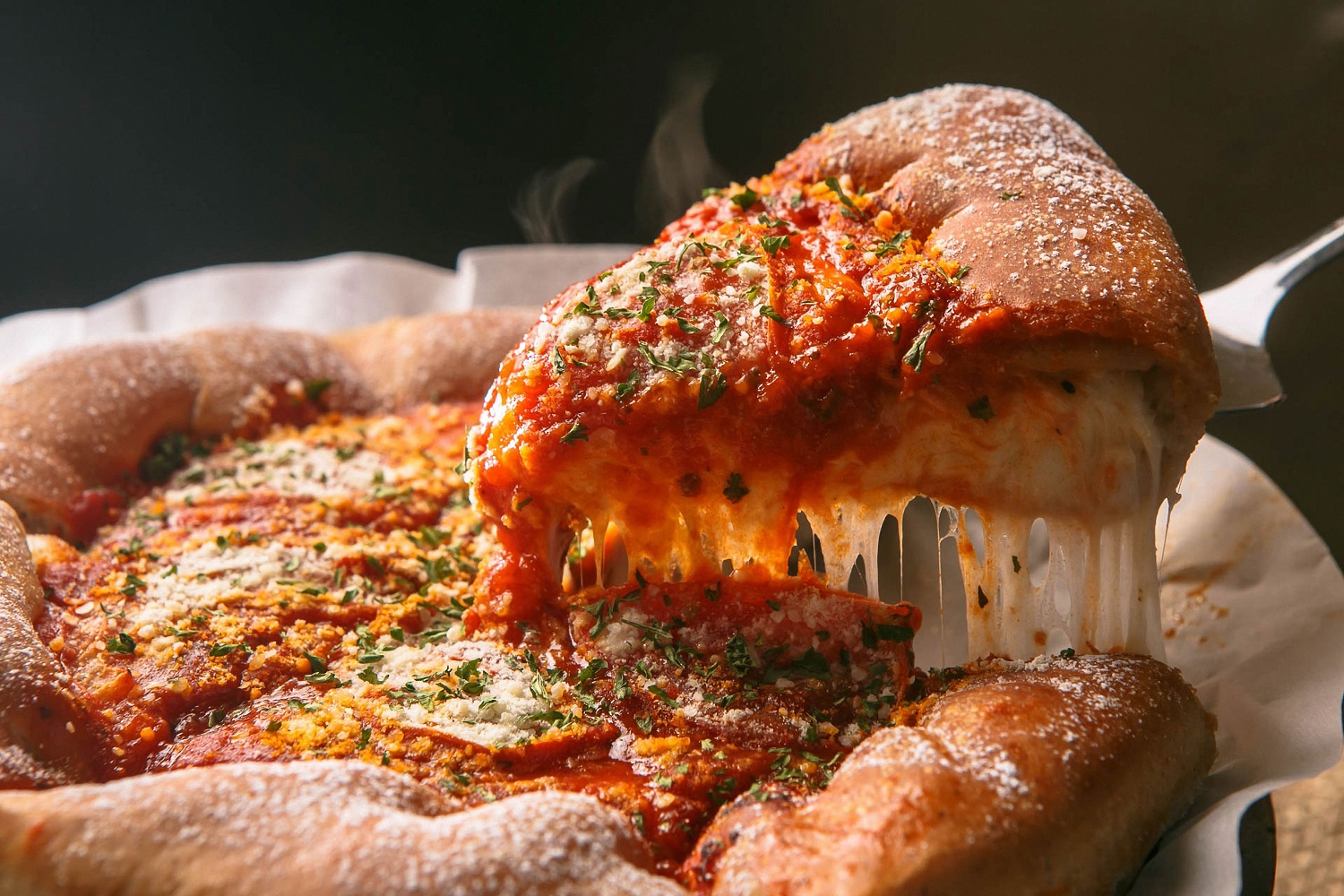 In the ancient years, the people of the Mediterranean made different styles of bread. They also included a variety of ingredients for the toppings.

Over time this would then go to become famous for those in the working class. This is why history indicates that the pizza came from the Greek and Egyptian styles of flatbread.

But soon, the people we thought were the poorest from Italy were the ones to create and have the pizza. Thanks to them today, we have outstanding pizza styles that are further inexpensive, making it easy to eat a meal. It came to existence most unexpectedly.

At the time, people of Naples would work on the docks, and for that, they were limited to street foods. This meant that they could even eat their food on-the-go. At the time, they only knew it as the flatbread with the toppings.

This new delicacy then quickly took over South Italy. It had a Latin name Pinsa and an Italian name pinsere. From there, then the pizza we have today started taking shape.

Note that at the time, they were not using tomatoes as they believed tomatoes were poisonous. But in the 18th and 19 centuries, they started to use tomatoes to make tomato sauce.

But here is how it would then come to Chicago.

By the 1800s and 1900s, the immigrants from Naples started to arrive in Chicago. Of course, this meant that they would also carry along some of their best cuisines.

Many immigrants in this city brought their cultures and food styles along. With the number increasing, they went on to find some of the best meals from their homes. This also meant they had to make it themselves because the pizza was not in Chicago.

They continued to make them at home way until two entrepreneurs decided to open two hotels. They were in North Chicago. Thanks to Ike Sewell and Richard Novaretti, the pizza in Chicago became a meal to go for.

What makes this dish deep though

If you are new to the pizzas, you may not know other differences, but every American can tell them apart. Of course, you can know the difference by just seeing it. Here, instead of baking it in the flat stone, they use the deep pizza dish that may look like even the cake tin.

You do know what that then means, right? It will develop more like a pie structure on edge. It’s no wonder non-Chicago people today argue that it’s a pie, not a pizza. So then they will apply some of the olive oil on the pan to keep cooking the pizza. In the end, then you will also have a crunchy and crusty exterior.

Remember, the pizza here will have to cook for longer as it’s denser, and if you check the filling, you will notice that it’s also plentiful. Give it enough time to cook properly.

Even when it takes longer, you can be sure you won’t have the cheese burning because it goes beneath the uncooked source. It has inverted ingredients.

So here you will have the toppings you would like following the pizza dough. Next, they set different kinds of cheese and pizza sauce on top. Don’t forget to add in the Italian sausage and the hearty meat to enhance the different flavors.

If you are a New Yorker, not even the pizzas founder in Italy can talk against the New York pizza. Sometimes I believe it’s the New York lifestyle that makes them choose the thin crust pizza.

It’s one of the fastest cities globally, and the pizza then is made to be easy to eat even when you are on the move. 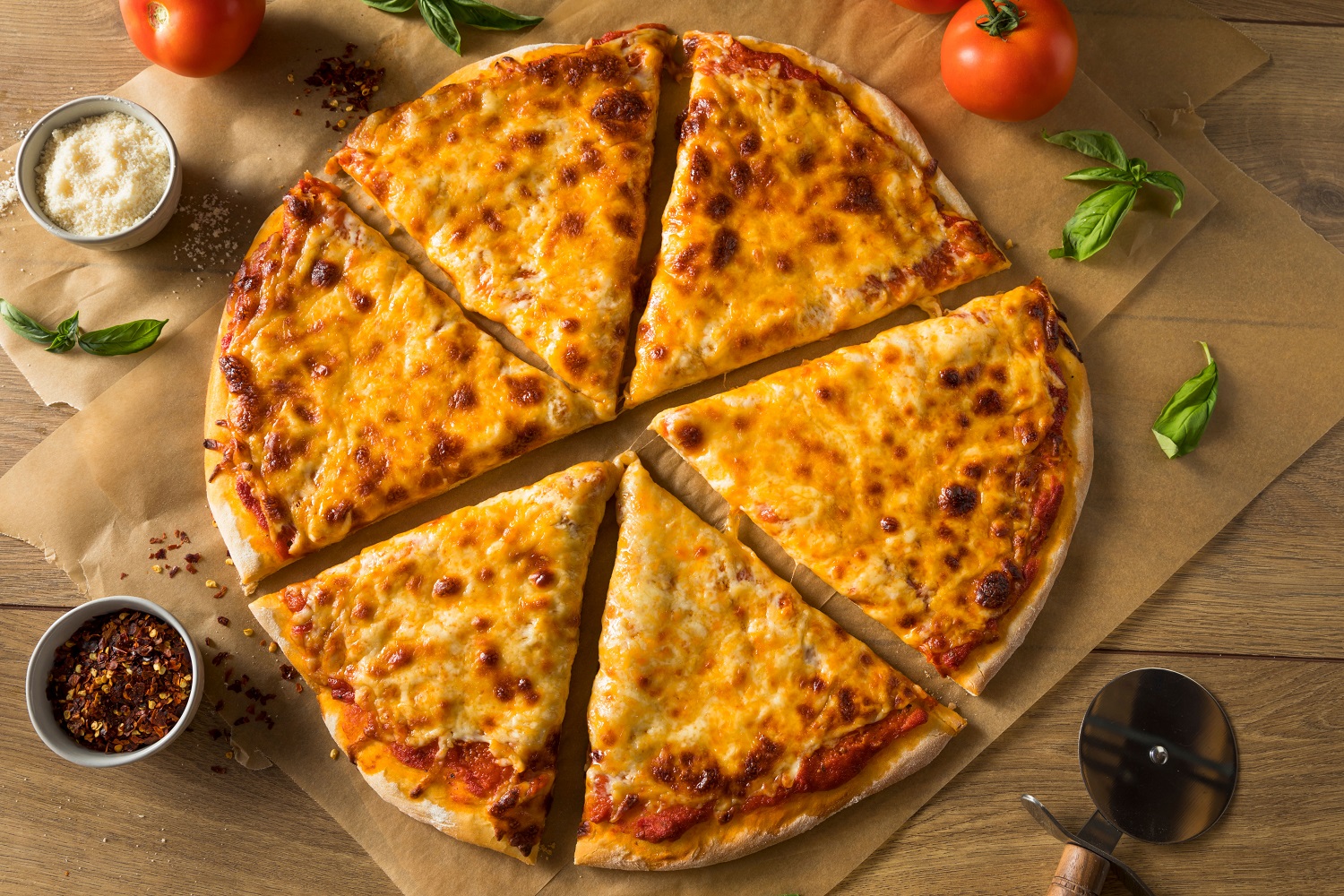 This pizza is often round, but they like to make or cut the parts into triangle slices. When you see the adverts on the media regarding pizzas, they refer to the New York ones.

From the history above, you already know how pizza came into our beautiful country. The Italian immigrant Lombardi and his then employee Antonio Totonno were the people to start making it.

So by 1905, they created two different pizzerias, and one was in Brooklyn. This is how then the Pizza found its way to New York.

The real New York pizza, though, stands out just the same way the Chicago one does. Its consistency is something people haven’t managed to replicate elsewhere. It could all be because of the minerals in the water.

Notice that the ‘New Yorkers’ like to make everything big, so this one is made about 18 inches’ diameter. Also, some people say the city’s water is what makes it have a unique taste. And the type no one can replicate. Well, that’s still okay because that’s a New York style.

The Chicago and New York pizzas are so flavorful and popular. Although they are both pizzas, they have significant differences you will understand here.

The main difference with these pizzas come in the type of crust they use.

Chicago pizza you will classify in the thick ones that are further a deep dish type of pizza. This is also an inch size deep. Such a deep size pizza then gives you the room to add in as many toppings as you would like to.

New York-style one is a great option too. It’s known for its thin crust. Although the crust is thin, it’s not as thin as the ones you find in Italy. Still, the New York one always has a thin layer of tomato sauce.

The way they make the sauces will also quickly show you the difference between the two.

They have the lighter crust, and as you know, the crust determines the number of toppings you may use. Since it’s therefore light, you will have only a layer of tomato sauce. It’s also at the top of the crust. The sauce is often highly seasoned, but the fact that they only use minimal amounts also means it’s easier to digest, but it’s not quick filling.

Notice that the sauce balances the heat and sweetness. You can also quickly spread the sauce because it’s light, but it’s also a little thick to make sure it doesn’t cause sogginess.

Here they like to use the chunky style of the sauces that has a blend of the seasoning. It will bring you a subtler flavor. Thanks to the thick crust because it can hold a lot of the sauce. You know they make the sauce that is even chunkier than when you are using the pan pizza.

The cheese they use

Of course, the cheese you use will determine the quality of the pizza too.

Chicago pizza is different as they use different cheese styles, and they put multiple layers of the cheese that they use.

Of course, the other important part of any pizza is the toppings.

New York pizza is a thin one; they will also limit the toppings as they limit the cheese and the sauce layer. This doesn’t mean they don’t have toppings, though; they can add one, two, or three more toppings.

Chicago pizza gives you room to play around with the toppings. You can set layers of the toppings. Whether it’s sausage you want to add, the pepperoni, veggies, or just about anything you like to add, you can.

Again, the amount of oil they use in either the Chicago or New York pizza is distinctive. The New York pizza has the oil being more visible because of the way it’s thin.

However, if you are using the Chicago one, you will notice that the oil gets lost in the whole pizza thing. Most people like it more because it appears drier than the New York one.

How do you eat them?

If you have checked this pizza, properly you will notice that they vary significantly in the structure, which means you can’t eat them the same way. New York pizza is a very light pizza style, and as such, you will quickly eat it with your bare hands. So you will take a triangular shape and eat it.

The Chicago pizza, on the other hand, is often sliced to casserole sizes. And this is one of the pizza types that you can eat using the different styles of utensils. So if you want the pizza that will be filling, then you should choose the Chicago pizza. A single piece is more than enough.

New York is more like a light meal because it’s often a thin one, but it’s still perfect.

Is Chicago pizza better than the New York one?

Let’s say I’m not about to discuss that will cause endless arguments. Whether the Chicago one is a better choice than the one in New York pizza depends so much on what you deem a perfect pizza.

I know the discussion where they say the Chicago pizza is not a pizza. They say so because it’s deep and more like a casserole pie. But I just say that’s the Chicago style, and it’s okay.

Whether I eat New York or Chicago, the aim is to enjoy the two styles as authentic. So I’ll let you answer this question based on your preference.

Can I finish the Chicago pizza?

Go out and get your friends, then go to the restaurant or your favorite Chicago pizza. You can’t finish the regular Chicago pizza alone the way you do the Italian one.