I don’t argue that everyone has their favorite pizzas, and mostly, it’s based on our taste buds. Some people like Italian others like American but one thing we must agree they are all good.

This, however, doesn’t mean that there’s lesser pizza battle/debate. Everyone thinks theirs is the best, and the other one is not even pizza. Today we talk about the east coast and west coast pizza.

What is east coast pizza?

The pizza crust is nicely thin, and it’s also charred. 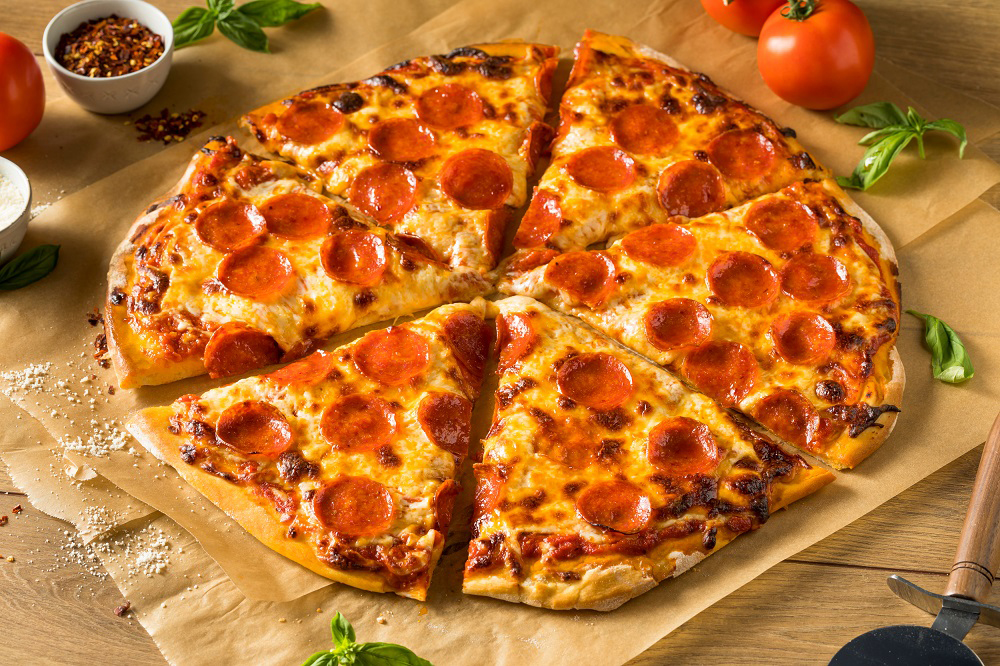 They further have it delivered in large slices just the same way they do with the New York-style one. They also use high-quality mozzarella cheese.

Like many other versions you have in the US, this pizza style came in around the same time the Italian immigrants docked into the country.

This pizza style is more traditional, and it will work for you if you’re looking for authenticity. They make it with the marinara sauce, some toppings, and mozzarella cheese.

Anyone who knows this pizza likes it because they make the pizza toppings to blend perfectly.

If you find the real east coast pizza, you will notice that the tomatoes blend in the cheese perfectly such that you can’t even tell them apart, and that’s what people like the most.

You should notice that here you won’t even peel the cheese out of the pie. Its molds and melts to attach to the pizza crust. Mind you; the crust is thin.

Like we mentioned earlier, the crust here is thin, but they further like it for the charred features. The edges of the crust are crispy, but it even cooks perfectly.

Since the crust then is thin, remembering that it can’t hold a lot of the toppings.

The water on the East coast, the one they use to make the dough, is harder. Though it seems not essential, it makes all the difference in the pizza. They like to set it in the cornmeal, too, to enhance the crispiness.

What is the west coast pizza?

Here you have a more modern pizza style that combines the California cuisine with their pizza choice.

They like to use conventional toppings and California cuisine to influence a great pizza on the West Coast. 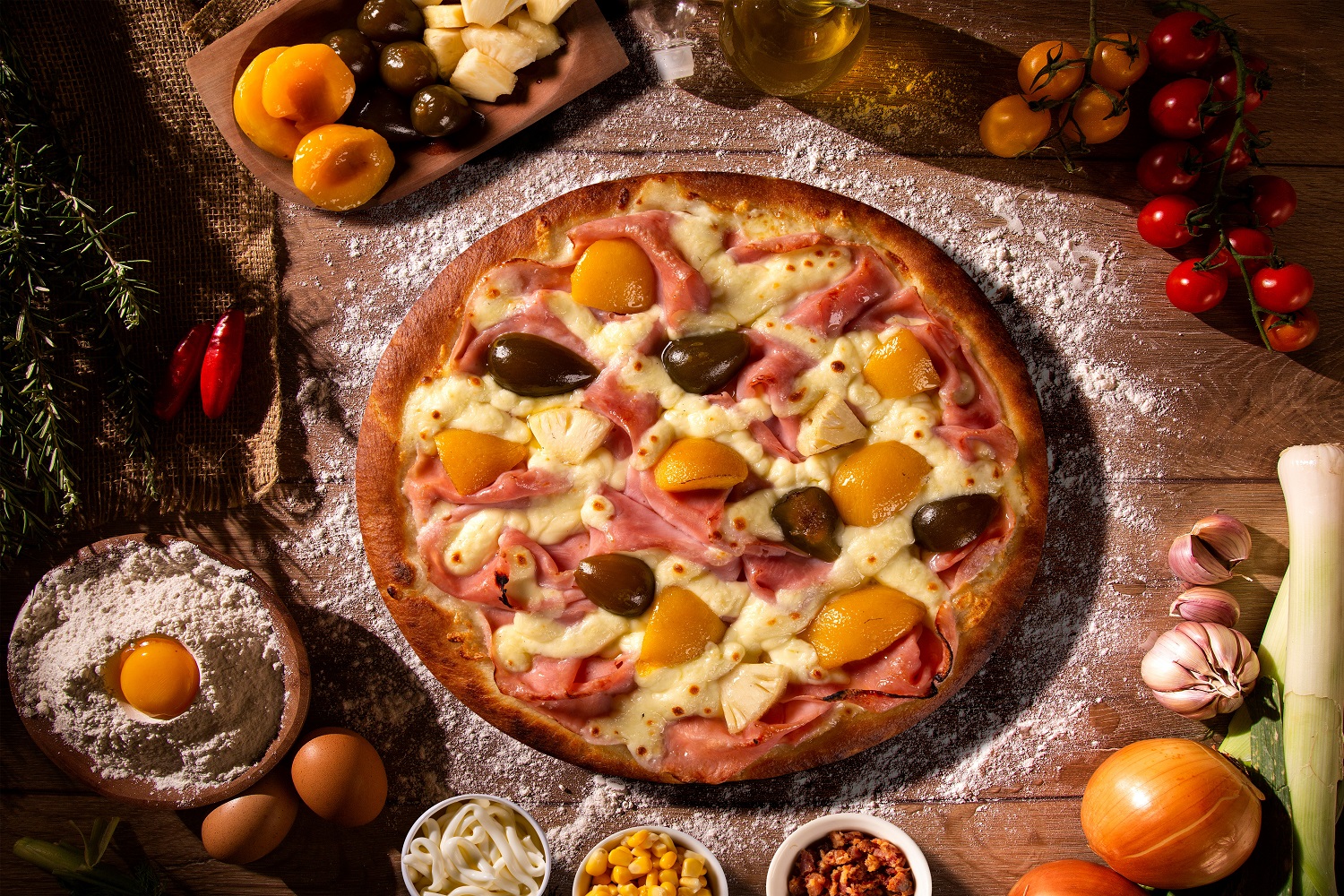 And contrary to most other pizzas, they only focus more on the toppings than they do the crust.

If you are the type of person open to trying new things, then you will find this pizza to be just as impressive. Remember, as earlier stated, they don’t focus on the crust.

They make it thin but not as chewy as the East Coast one above.

However, the main difference comes in when you’re talking of the sauce and the toppings they use. Don’t expect the use of marinara sauce for the base.

They try different styles of sauces. Alfredo, BBQ, pesto is a few of the ubiquitous options they like to use.

As we mentioned, they like to use different toppings, and you will therefore find things like lobster, chicken, avocado, goat cheese to be some of the most commonly used toppings.

In simple terms, they don’t only use the mozzarella cheese for the toppings. Notice, though, that it’s variant with these toppings, so you can add on anything you like.

When you are out buying this pizza, you can expect to buy it for the person serving. They give you the one that’s enough for you and not as a slice.

You will feel like theirs a difference in the two styles of pizza because of the water they use. The harder water on the east coast has more minerals making the dough even better tasting.

Mind you, when they make the west coast pizza, they don’t focus on the dough. They like to make sure the toppings are tasty, though.

So for those that the dough matter, you will find the east coast to be way better. I like the charred feature of the dough.

How they bake them

For you to make the charred crust, you will need the brick oven. It cooks the pizza better, giving it the perfect smoky flavor too. Well, the east coast pizza is the one they like to cook in the brick oven. For the west coast one, unless you went to the high-end restaurants, they make the pizza in a regular oven. So for most of the traditionalists, the east coast pizza.

What is it about them?

The one main difference is that the east coast pizza is traditional.  And it’s, therefore, a choice for those who like pizza as it should be. The west coast one is the modern style one where you find the toppings varying.

They bring to you this idea that the pizza can have almost any kind of toppings.

The fact, therefore, that they add anything to the toppings is what even creates the debate. Some people ask why anyone would have lobsters on the pizza? Well, they do on the West coast. Of course, if you don’t like the modernized style, you won’t like the west coast one.

In this, I mean the geography. The water they use is harder than the one they use in the west. And as we have mentioned, it has more minerals. Of course, when you are using it for cooking, then it imparts them in.

The soil here is slightly acidic too, and this positively influences the grain and the wheat. They always have a unique but perfect flavor. This also translates to the doughs they make and ultimately the bread and the pizzas.

The crust is everything here. But they also like to use a rich sauce to make it tasty.

The sauce they use

Which one is better?

I know you want me to say east coast like most other people, but I don’t go there. The best pizza is based on where they grew from, what they liked to make at home, or even restaurants they went to.

To the west coaster, their pizza is the best, to the east coasters. So, which one do you like?