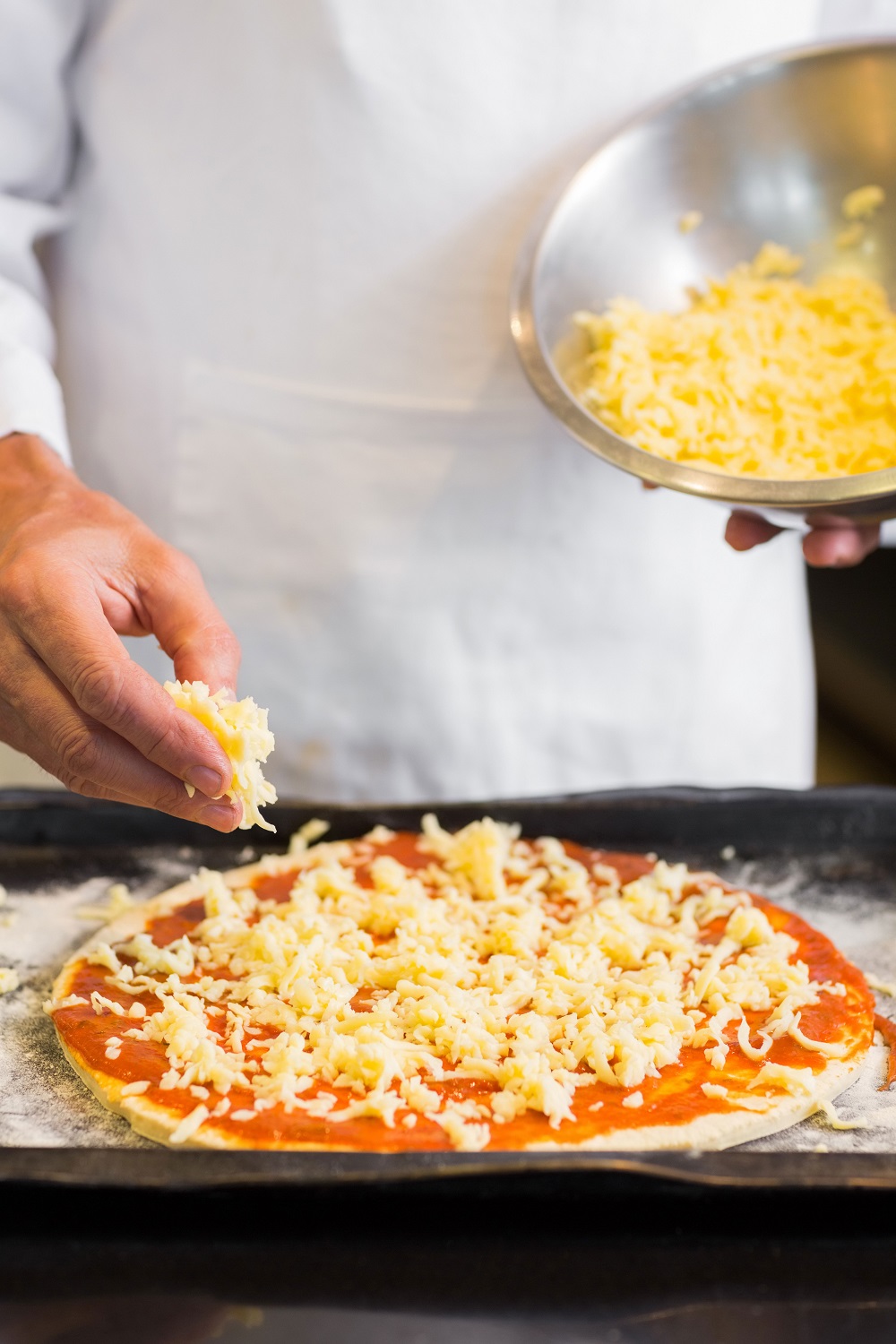 You have probably come across blogs calling pizza a pizza pie online. If lucky, you must have heard it called so. This might seem confusing to some.

Some people argue that pizza is a pie. Others think that pizza and pie are names for two completely different dishes that should never be used together.

Others agree that some pizzas are pies, but some are not. But what is a pie?

What is a pie?

A pie is a food item that consists of a filling of some kind, either meat, custard, or fruit, and a pastry shell. A pie could either have a pastry top or not.

When you prepare a pie, you do it in a pastry dish. Others define pie as a cake that has custard filling. 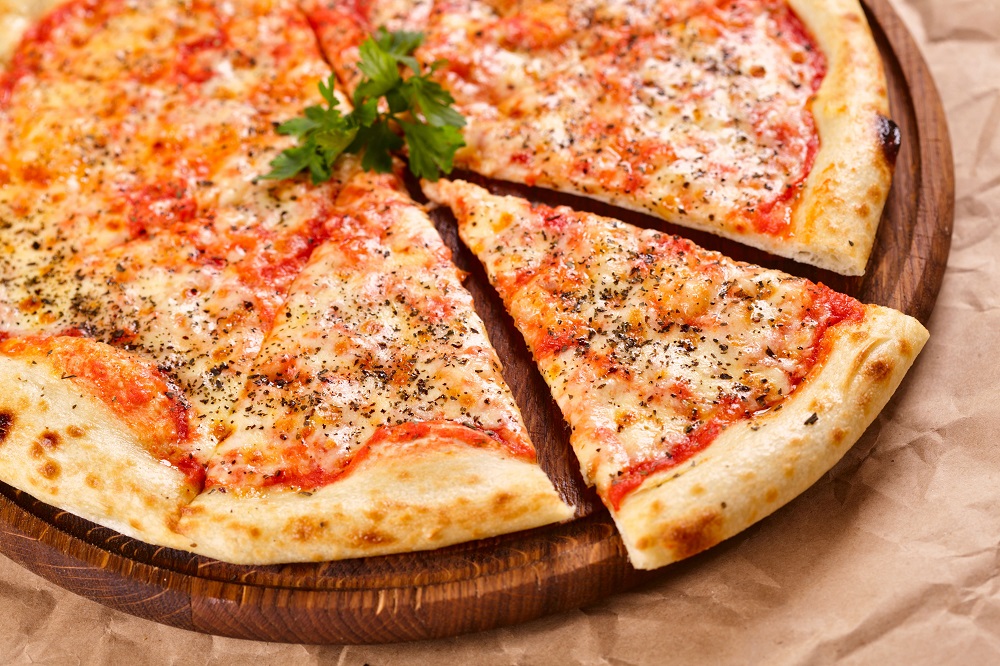 A pie must have a crust; else, it fails to be one. Some pies have crimped crusts. The filling is put before the crust bakes so that the filling is heated in the process.

Examples of such types of pies are meat pies. In some pie, you add the filling after the crust is ready and cooked. You need to refrigerate these types of pies to complete the process.

There are unlimited types of pies and no designated taste for a pie. It could be savory or sweet or there in between. As a baker, the ball will be in your court to get as creative and imaginative as you can be.

Where does pizza pie originate? 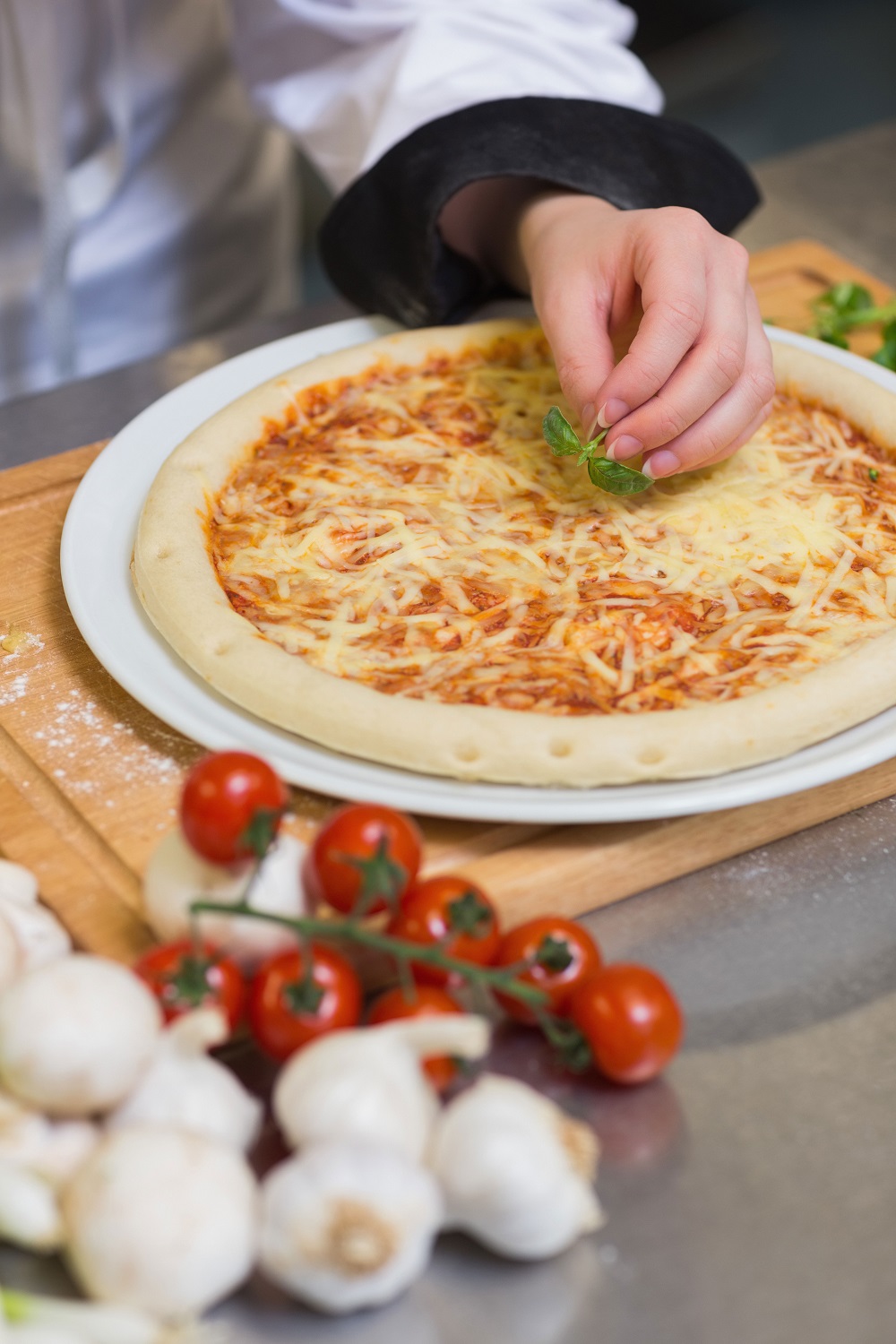 The concept of toppings is borrowed from an ancient Greek, and Romanian Bread called Focaccia Bread. The toppings consisted of spices and olive oil. This bread is still in existence today.

In the late 1800s, Queen Margherita and King Umberto visited Naples. The queen was bored with the typical french cuisine and asked Raffaele to make her a pizza.

The pizza was unpopular until after the second world war when the soldiers returning home kept trying to find the food they had eaten while away. The Italian immigrants all over Europe and the United States shared the pizza recipe.

Gennaro Lombardi built the first pizzeria in the United States in 1905. This is where people first referred to pizza as pizza pie. The reference of pizza to a pie is mostly only in some parts of America. In Vietnam, residents call pizza bánh pizza, which means Pie Pizza. This is because of the influence of Americanism in the area.

Outside America, most people get a bit confused when someone calls pizza is a pie. So why is pizza called pie?

So why is pizza called pie?

When pizza was introduced to Americans by Italian Immigrants in the 1800s, it was called the tomato pie.

It was not until the 1900s when its name changed to Pizza Pie. Pizza has so many similarities to a pie.

Similarities between pizza and pie

Differences between a pizza and a pie

This, therefore, means that pizza is not actually a pie, and this term is slowly being eradicated. The older American-Italian generations on the northeastern coast mostly use this term.

Therefore, you can use this term on the eastern coast in the United States but be careful not to use it elsewhere as you might not get what you want.

Are tomato pies and pizza the same thing?

In the past, pizza was referred to as tomato pie. However, this has changed over the years as more variations of pizza have been created. Depending on where you are, a pizza and tomato pie could be the same or different. In some regions, like Trenton, New Jersey, tomato pies are a type of pizza. 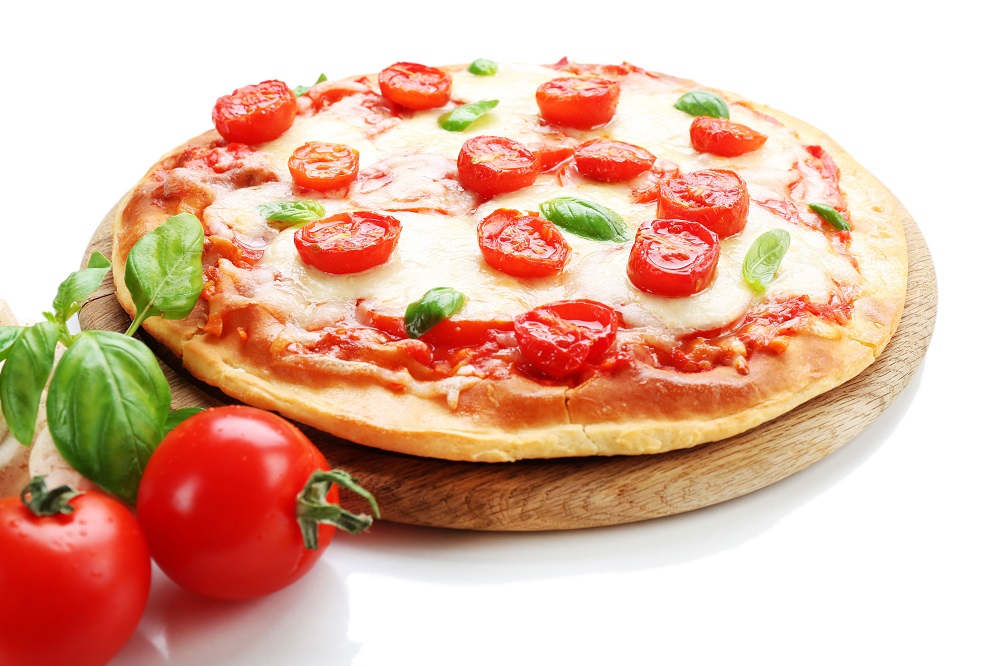 In some Southern and Midwestern recipes, tomato pies and pizza are different in that Tomato pies have cheese, fresh tomatoes, and bread crumbs layered and baked to form a pie shell.

Some tomato pies have no cheese and are served cold. A tomato pie could be covered with a top crust or not. The source is heavier with a lot of garlic.

There are, however, some tomato pies with a lot of cheese. The only toppings in a tomato pie are fresh tomatoes or tomato sauce.

It is hard to give the exact ingredients of a tomato pie as it varies according to region.

For pizza, it is not mandatory to have tomatoes or tomato sauce. Some have cheese or white sauce. Pizza has many toppings, too, that could either be meaty, fruity, or vegetables.

A tomato pie has a more chewy base, unlike the crusty base of a pizza.

Where did the term Pizza Pie come from?

History proves that this term must have been born in New York. This is because most of the Italian immigrants settled in New York.

There is evidence of a written journal in 1903 where the term pizza was used—this journal documents how Italians had invented a new kind of pie. The author refers to this pie as Pomidore pizza, which means tomato pizza. 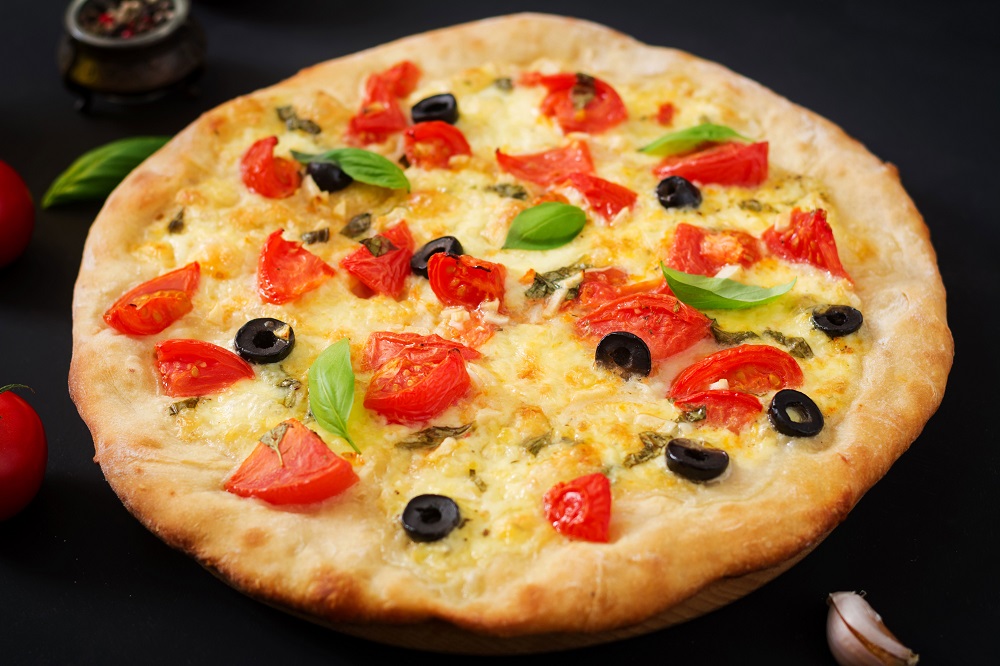 Gennaro Lombardi built the first pizzeria in New york. This means that chances are the first consumers of pizza in the United States were in New York, and they were already referring to this ‘Tomato Pie’ as pizza.

You cannot think of the history of pizza in America and fail to mention Gennaro Lombardi. He is famously known as the Father of American pizza. In 1987, Lombardi had a store in Manhattan where he sold tomato pies by the slice to workers during lunch hour. This store quickly became a known spot in New york.

He started the first pizzeria in the United States in 1905 after getting a license. This pizzeria is still in existence today, and so is the traditional coal oven. His grandson runs this place.

It would be strange to say pizza in new york. The term pizza is not descriptive enough. It is just a noun that hardly makes any sense. You should say ‘a pie of pizza’, ‘pizza pie’ or a ‘ slice of pizza.’

You should note that pizza pie only refers to the whole pizza and not a slice. It is considered incorrect to call a slice of pizza a pizza pie.

However, in Italy, you will be frowned upon if you refer to pizza as a  pie. These are two different dishes.

What does pizza mean in Italian?

Pizza means pie in Italian. It can also mean tart or cake. But this does not mean that Italians view pizza as a pie. Pie and pizza are two different dishes, and an Italian person would be confused if you referred to pizza as a pie.

In Italy, a pie is a cake,  torta, or crostata. A pizza is a flatbread with basil, mozzarella cheese, and a mixture of different toppings, including tomatoes baked in a hot oven.

What is the origin of the word pizza?

Just like many words in the English dictionary, it is unclear where the word pizza originated. However, historians have tried to discover several words that could be the mother of the word pizza.

Historically, a writer first used the term pizza in Gaeta, Italy, in a historical document. The documents detail how a Feudal lord’s son offers a local bishop a pizza as an offering.

However, the term pizza seems to originate from a Latin word, Pinza, which means to stamp. Other historians believe that the word originated from the Lambodic word Pizzo or Bizzo, which means biting in English.

According to some historians, the term originated from the Italian word Pizzo, which means a point. This word evolved to Pizzicare, which is Italian for pluck, which refers to how pizza is plucked from the oven. The name could have also originated from Rome in the Latin word Picea which describes the browned bread.

It is also believed that the term could have come from the Greek word Pitta which means pie or cake. The term Italian word Picta originated from the ancient Greek word Pikte which meant fermented pastry. This is also a possible origin of the word pizza.

As you can see, the pizza word has many origins, and it is up to you to choose the one that makes the most sense. However, most historians believe that the origin of the first complete, real pizza was Italy despite the origin of the word.

Which Americans call Pizza a Pie

Some Americans have never heard of the term pizza pie and get confused whenever it is used. This name did not spread in its usage and is used in only some regions in the United States.

Pizza pie is mostly used in the northeast coast region. It is not uncommon to hear a resident say, ‘Give me two pies.’ Some consider it slang.

The evolution of pizza

The flatbread that creates pizza is said to originate from different regions in the world. Foods similar to pizza with different toppings are known to have existed even during the neolithic era. However, Italians in Naples made the first pizzas in the 1600s Naples.

It was not the bakers’ intention to create a pizza. They used the flatbread to test oven temperatures. They then sold to the poor workers during the lunch hour. The workers started adding seasonings and toppings to the bread—this birthed pizza.

They ate as they walked on the street hence being referred to as disgusting. However, this pizza did not have tomatoes as Europeans had not discovered tomatoes yet. This pizza had white sauce, as cheese was only first used in 1889.

In 1889 Queen Margherita visited Naples and asked for a variety of pizza since she was bored by the french food. Raffaele Esposito created a pizza with cheese, basil, and tomatoes. The queen took a liking to it, and this became the Margherita pizza.

With immigration, Italian Immigrants migrated to other parts of Europe and carried with them pizza.

In 1987 the Gennaro Lombardi started selling pizza during lunch hour from his grocery store in New york. This business boomed so much that he got a license to start his pizzeria in 1905.

The name Pizza pie was born in new york. Other pizzerias came up in different places like Boston and New Jersey in the 1930s. Pizza was still considered the food for the poor.

In 1943, Uno created Chicago-style pizza after its opening.

In the mid-1940s, soldiers came back home at the end of world war ll. They kept wanting the pizzas they had eaten during the war, which led to the booming of the pizza industry.

In 1945, Ira Nevin, an ex-soldier, invented the Baker’s Pride gas-fired pizza oven. This made baking pizza inexpensive and faster.

In the 1950s and 1960s, other pizzeria companies and chains like Dominos came up.

In 1960, Domino’s opened. This is the leading pizza chain in the world today.

Today there are over 77000  pizzerias in the United States alone, with more than five billion pizzas sold per year globally.

The name Pizza pie is not common among people living in locations outside eastern coast of America. If you are new in New York, remember to ask for a pizza pie when ordering a pizza to avoid confusion.

But if you are a New Yorker, then remember to order a pizza, not a pie, when you visit one of your favorite restaurants outside the eastern coast.

Whether you use pizza pie or pizza, it is still a delicious dish that we all enjoy so much.