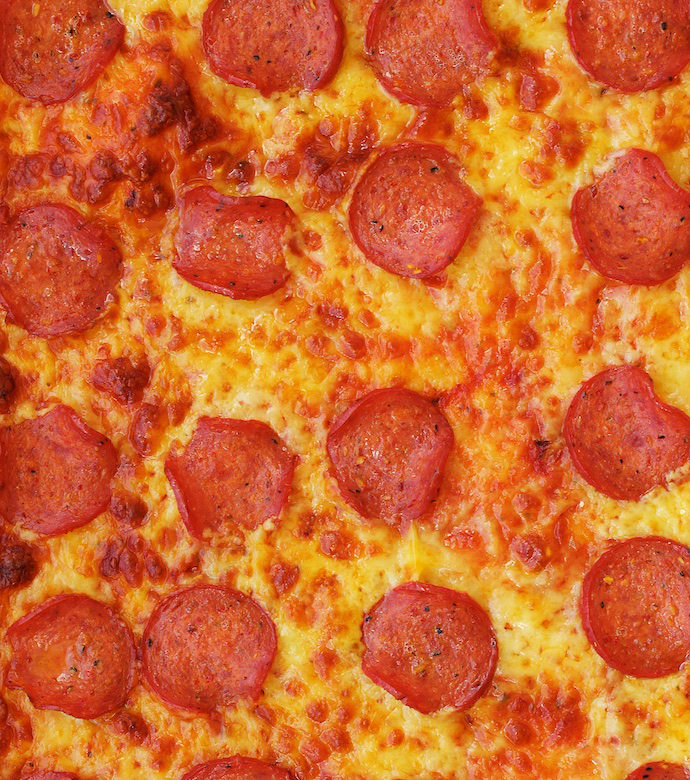 In the late 19th and early 20th centuries, Mulberry Street in Manhattan (adjacent to Chinatown in New York), was home to large numbers of Italian immigrants.

It was not that these descendants of the Roman Empire chose to live so close to Chinatown because they especially admired the Chinese culture, but simply because the houses were cheaper.

“Little Italy,” as it was known, was the origin of the Italian pizza in America. 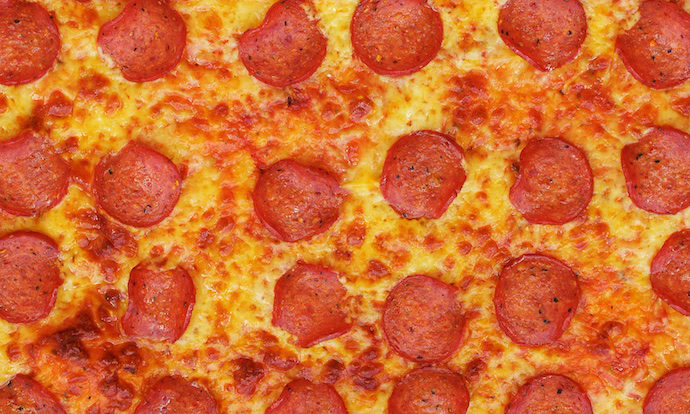 After a while, Italian immigrants gradually assimilated into their local culture and gradually spread out from that area. “Little Italy” became a historical term and was eventually swallowed up by Chinatown.

In 1905, a grocery store owner named Lombardi began selling pizza, which was the beginning of the American pizza industry. From then on, people took the pizza from Manhattan to every corner of the country.

It was said that the nearer to New York, the closer the pizza was to the native Italian style, the farther away from New York, and the crust and fillings became more varied.

Perhaps this is also the charm of the pizza: bases can be round or square, thick, thin, soft, or crisp, and the toppings can be as simple as just cheese, or a complicated mix of cheese, meat, and vegetables. Slices can be triangular or rectangular (pizzas with extra filling must be cut into rectangles, otherwise they will collapse in your hand).

The pizza we make today is cooked on a Swiss roll pan, however any metal baking tray can be used to make pizza. The main filling ingredient of this pizza is Pepperoni. Although it sounds like an Italian word, it is actually authentic American; made in America.

Pepperoni is a soft, and at the same time crisp, smoked sausage with a slightly spicy flavor, and is one of the most popular fillings for American pizza. According to statistics, 36% of pizza fillings sold in the United States include Pepperoni. 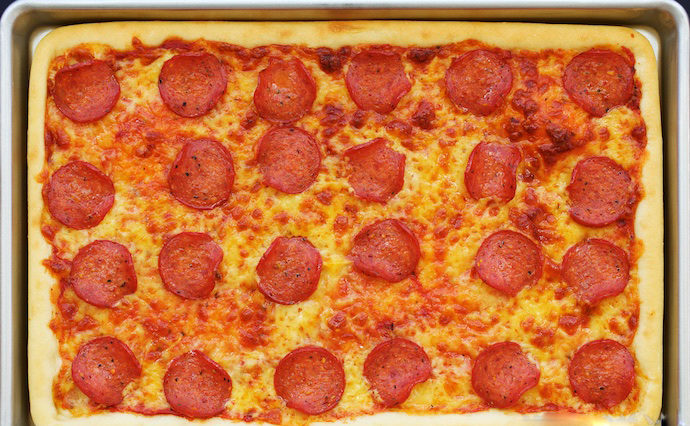 Pizzas start with the base, so let’s talk about the recipe for pizza dough. You will need:

Dissolve the yeast in the water, by stirring with a small whisk. Set aside. 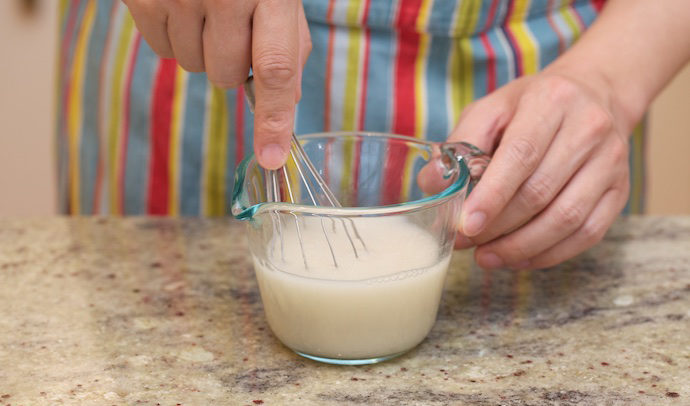 Mix the flour and salt, stir well and spread on a waterproof chopping board. Use a scraper to make a crater-like cavity in the middle. 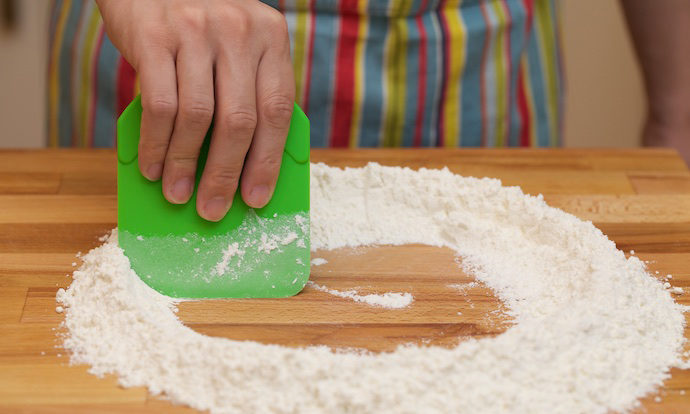 Pour the yeast water into the “crater,” and then use your fingers to draw a little bit of flour from the side walls into the water, gradually turning it into a thick batter. 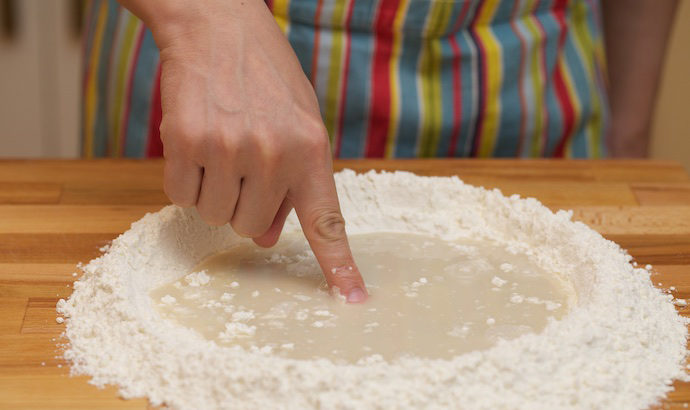 Knead for 15 minutes to make the dough smooth and elastic. 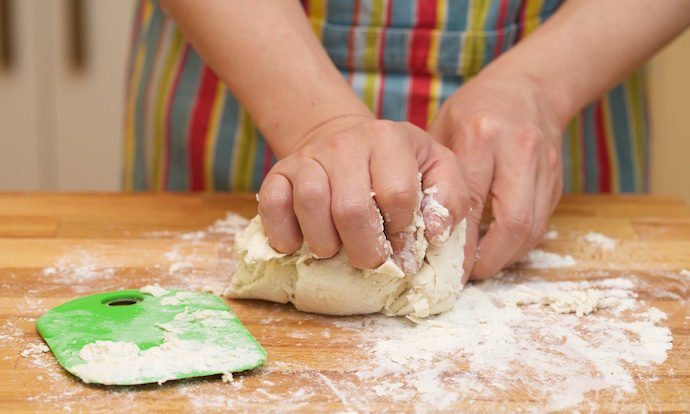 After proving the dough for 1 ½ hours at room temperature (about 20 degrees Celsius), or until it doubles in volume, remove it from the bowl and knead for 15 minutes. Divide the dough in half and knead each half lightly into a ball. Place the two portions of dough into two separate, oiled bowls, cover them with plastic wrap and prove for another 30 minutes.

You can use the dough right away, or you can also freeze it to use later. If you freeze it, allow 12 hours for it to thaw. 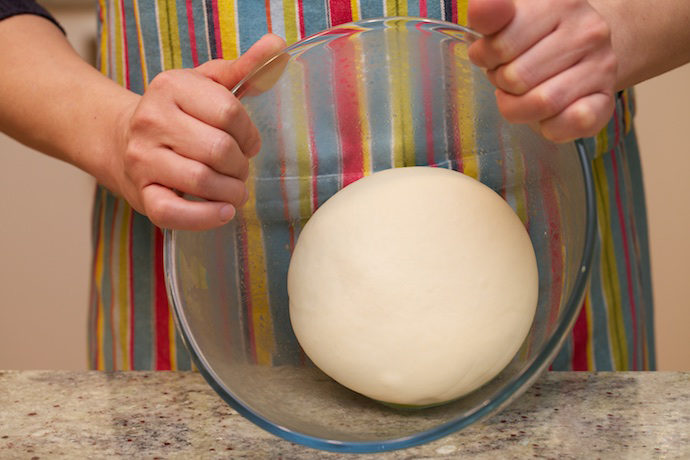 Prepare the other ingredients while you are waiting for the pizza dough to prove.

The very best pizza sauce is the homemade variety which always gives a unique and more authentic flavor to your pizza. It’s important to buy good quality tomatoes if you make your own pizza sauce, so you get a rich flavor.

Preheat the oven to 250oC 30 minutes in advance.

You need to get your oven nice and hot for pizza. If your oven is a little unreliable, an oven thermometer can ensure you will get the oven hot enough.

Take a 25cm x 38cm metal pan and brush the bottom and sides with olive oil to prevent the crust sticking.

Roll the dough out into a rectangle shape slightly smaller than the pan, and fit it to the tray by placing the pizza dough in the center and pressing the dough to the edges and up the sides to about 0.5 cm. 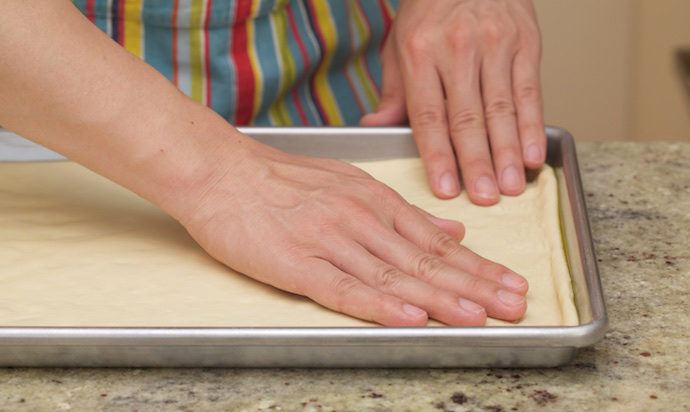 Let the dough stand for 10 minutes, during which time it will retract a little. Push it back to the original shape, and spread a layer of pizza sauce evenly over the surface of the dough. 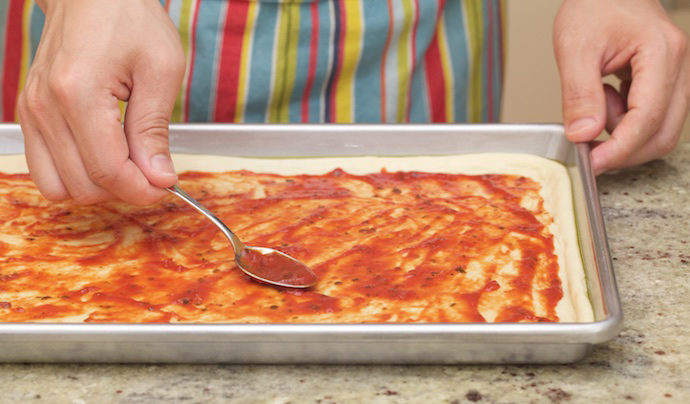 Next is the cheese! Sprinkle the mozzarella evenly over the pizza sauce, taking care not to let the cheese touch the baking tray, or it will stick and burn during cooking. You don’t want to be cleaning baked-on cheese from your tray! 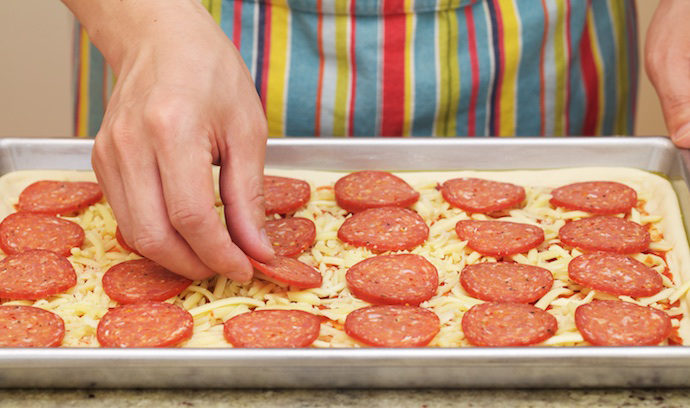 Finally, arrange the pepperoni slices on top of the cheese and put the pizza into the oven for about 10 minutes. Observe it closely while it is cooking as oven temperatures vary. When the cheese is melted and bubbles, you can take it out. Let it cool for a few minutes before cutting it up and serving.

Cutting a pizza can be a tricky business sometimes, especially one as big as this. Ordinary kitchen knives don’t do a good job as they drag through the cheese. Kitchen scissors can work, but the best tool is a pizza cutter, and it’s well worth getting a good one. 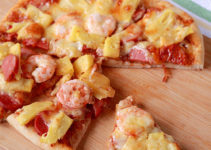 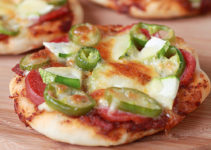 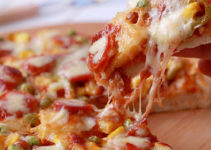 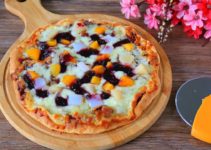 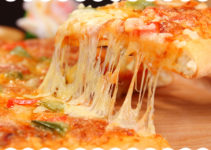 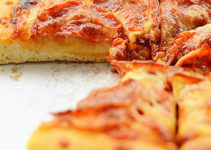