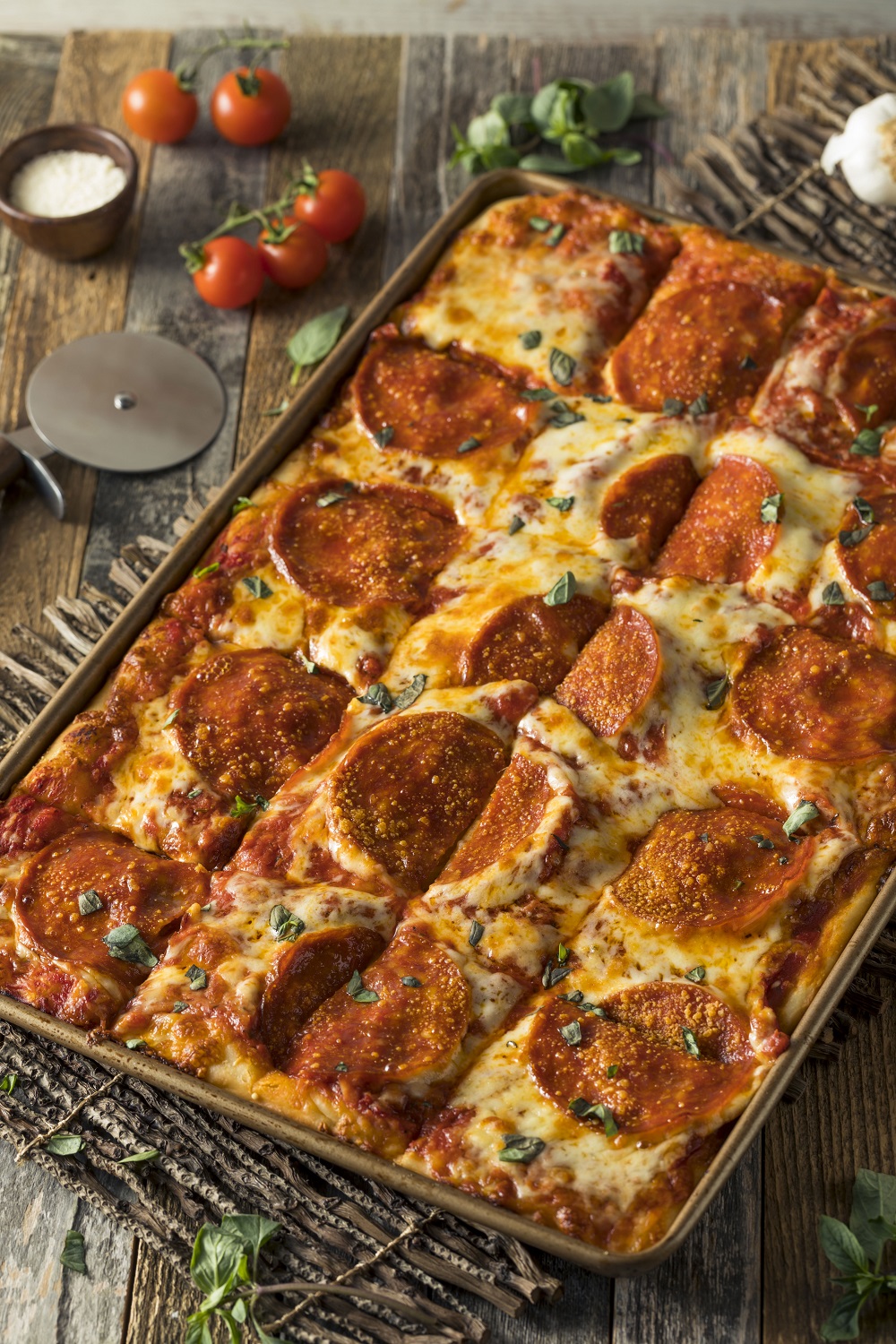 What is Sicilian pizza? The world of pizza is filled with many regional variations, from the new-world styles of Chicago and New York to the traditional styles that are found in Italy.

Pizza in Italy isn’t even the same across the country. There is the Naples style that is copied the world over, but the Sicilian style is a complete mystery for some.

What makes it different? What is the origin of the Sicilian style of pizza? How is it made? Why does such a pizza exist? Welcome to the world of Sicilian pizza, also known as Sfincione! 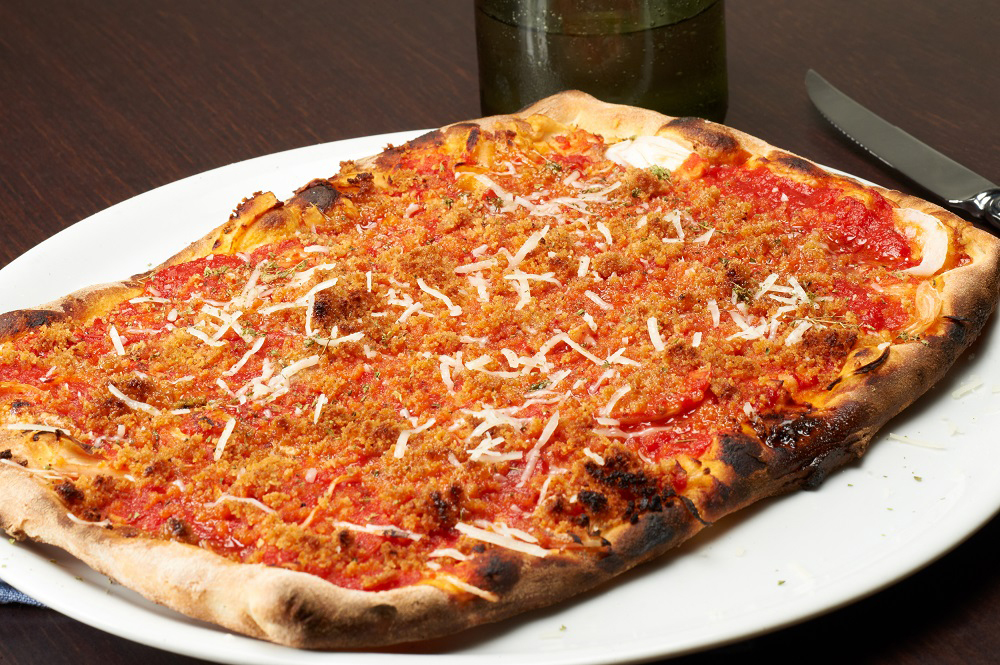 An Overview of Sicilian Pizza

The authentic version of this pizza from the Palermo region of Italy is called ‘Sfincione’ which can be translated to English as ‘thick sponge.’

Sfincione is cooked in a square pan and a half-inch thick, minimum. It is topped with a rich sauce made of tomato, onions, herbs, and anchovies.

It is then covered with breadcrumbs and sometimes a grating of hard cheese.

The history of the Sicilian-style pizza most likely comes from one of the oldest Italian bread; the focaccia.

Those who immigrated from Sicily to the United States also brought this recipe with them, adding mozzarella cheese to make the New York-style Sicilian pizza. 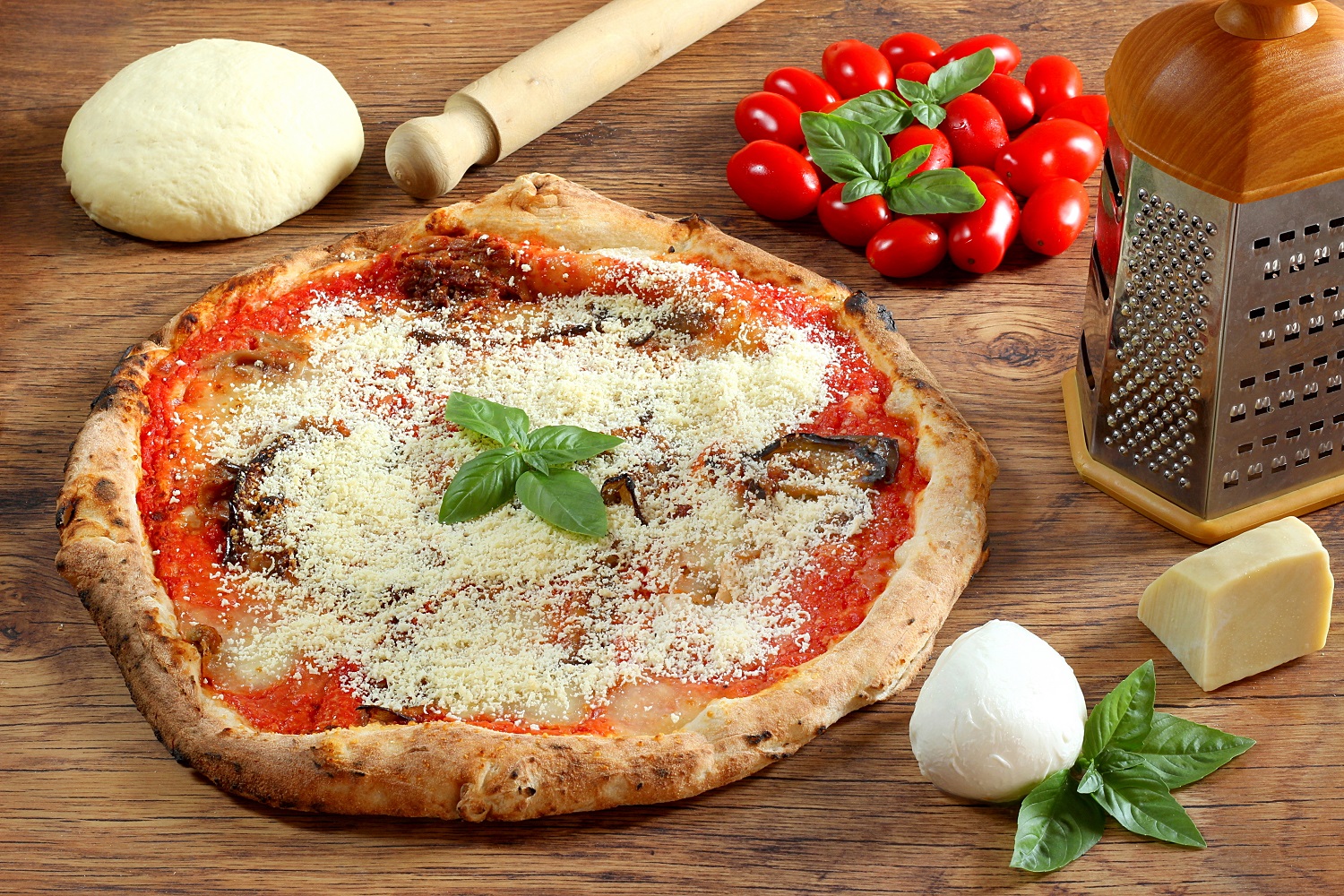 The original and authentic Sfincione though was a more simple yet elegant creation with vegetables and herbs.

The Spruce Eats provides some excellent background on the historically humble dish.

According to Pizza Need, the traditional Sfincione includes tomato, onion, herbs, and anchovies with breadcrumbs and maybe a hard cheese, but no meat.

Mozzarella is not common in Sicily so would not be the preferred cheese for a traditional Sicilian pizza. Breadcrumbs are usually added for further texture on the surface of the pizza.

The Difference from Naples Pizza

Sicilian-style pizza does not use a sauce and does not use mozzarella cheese, and has a thicker sponge of dough.

The resulting pizza is more like focaccia with additional flavors added and a conservative grating of hard cheese.

The pizza is cooked in a square tin with plenty of oil to make a crispy base, as opposed to a circular dough often cooked on a pizza stone. Read more about the nuance of Italian pizza styles.

Not all of us are lucky enough to live on the island of Sicilily or have a Sicilian uncle who is gifted in the traditional cullinary arts, so many of us are unable to enjoy an authentic Sfincione.

That being said, there are plenty of trusted sources that will enable you to experience this foodie adventure from the comfort of your own home.

Make sure to have flour, yeast, salt, olive oil, some basic ingredients, and a whole lot of love when you cook this dish.

A taste of Sicily is not far from your home oven with the instruction of Pasquale Sciarappa on YouTube. This recipe may seem basic and elementary at first, but the devil is in the details.

Be sure to give your pizza base time to rise, ensuring that your Sfincione is indeed a thick sponge as the translation promises.

Gently sauteed and simmered tomato and onion will deliver an old world traditional combination; simple in the ingredients and nuanced in the care and details.

The combination of the old world style with new world resources is the story of pizza evolution. It is neither better nor worse, but a different cuisine to enjoy and be part of. 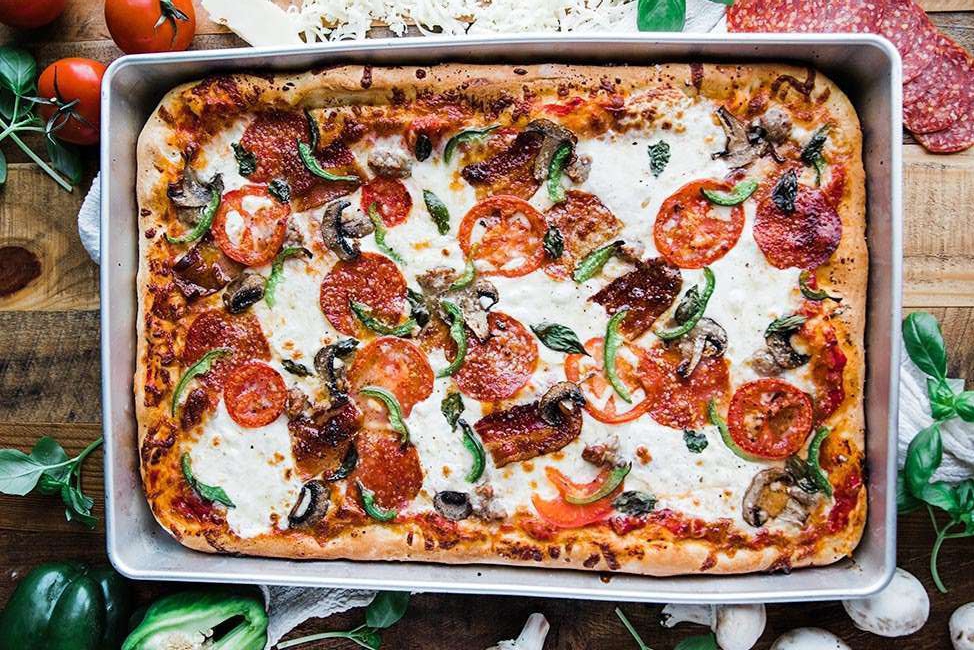 You don’t need to be far away from New York to enjoy a New York Style Sicilian made in your own oven. This version allows the use of mozzarella and cured meats for a more wholesome combination.

The Sfincione has been a part of the Sicilian culture for many centuries. The dish has been developed based on the resources available to the island.

Like many Italian foods, the seemingly simple combination of ingredients is actually a complex symphony of flavor.

It is something to be savored and enjoyed, and the following are examples of how the dish has been savored over time.

The Sfincione is referred to in many recipes as The Sicilian Christmas Pizza. This is on account of the dish being the food of choice for many religious holidays including Christmas, New Year’s Eve, and some other traditional Italian holidays.

This is why some believe that the dish’s origins actually begin inside the church.

These days, the dish is often associated with being a winter comfort food, ideal for the holiday season in Italy.

While the dish may be considered traditional and for the holidays in Palermo, it has become a staple of street food just like arancini and panelle.

Today the dish is eaten all year round, often served at room temperature from late morning until evening. This Sicilian-style pizza has become synonymous with the culture of the island’s main city. It is a must-have for tourists and residents alike.

While modern pizza across the world is generally accepted as a variant on Neapolitan pizza, this Sicilian variant has come to have its own place in the culinary world.

Whether enjoyed in the traditional manner or its New York-style counterpart, this sponge expresses the nuance of old-world culinary conservatism; a time when we were happily using a minimal list of ingredients for something that makes us feel happy.

Sicilian-style pizza could be considered something completely different from what is accepted as pizza across the world, or a fancy version of a focaccia recipe.

The dish cements itself and pays homage to a special time and place in culinary history when ingredients were minimalist and enjoyable without being gastronomically burdensome.

Get your own slice to enjoy today, or learn how to make it at home. Sicilian-style pizza is a quaint and comforting taste of the old country.